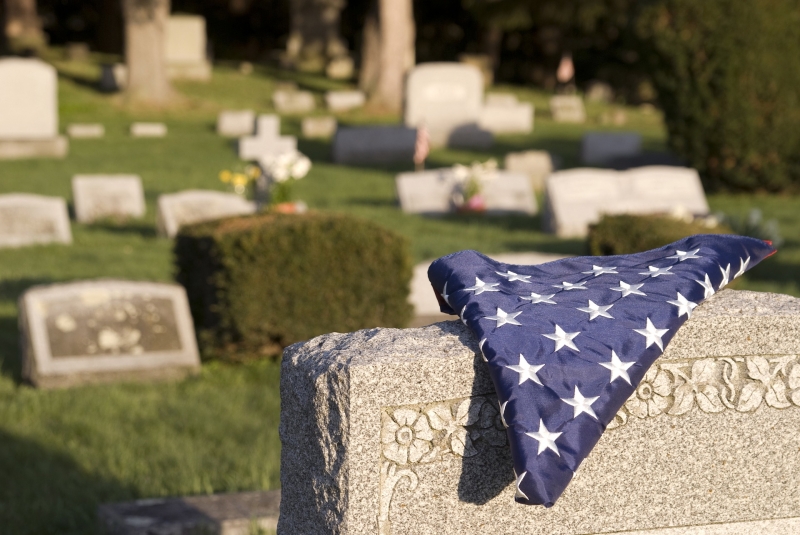 While Memorial Day 2019 may feature a lot of the usual patriotic traditions, it’s a holiday with a 150-year history which has gone through an evolution over time. In fact, in the beginning it wasn’t even called Memorial Day.

The Civil War marks the beginning of Memorial Day history. First it was known as Decoration Day, established to commemorate the large number of Americans killed, as the Civil War took more lives than any war in the history of the country.

The name is derived from the practice of decorating the graves of soldiers with flowers. Visitors would also hold springtime tributes and recite prayers for fallen soldiers.

Various communities began their own, similar traditions, but the Memorial Day history recorded in books finds that 1966 marked the holiday’s establishment. That’s when the federal government made Waterloo, New York the official birthplace of Memorial Day –100 years after Waterloo’s first Decoration Day, held on May 5, 1866. 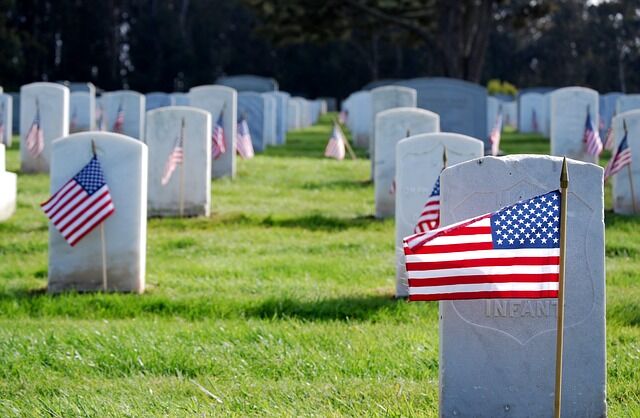 The history of Memorial Day is tied to General John A. Logan, who led the Northern Civil War Veterans organization. He called for a special day of recognition for those who died in service to the country.

He said: “The 30th of May, 1868, is designated for the purpose of strewing with flowers, or otherwise decorating the graves of comrades who died in defense of their country during the late rebellion, and whose bodies now lie in almost every city, village and hamlet churchyard in the land.”

They chose the last Monday of May to hold the commemoration, because there had been no battle on that date. Arlington National Cemetery was the site of a Decoration Day speech by General James Garfield, who was an Ohio congressman at the time, later elected president, in 1881.

There were 5,000 participants who heard his address before they decorated the graves of 20,000 Union and Confederate soldiers buried at Arlington. Gen. Garfield explained the purpose of Decoration Day, first by acknowledging that words could not match the significance of the soldiers’ sacrifice. 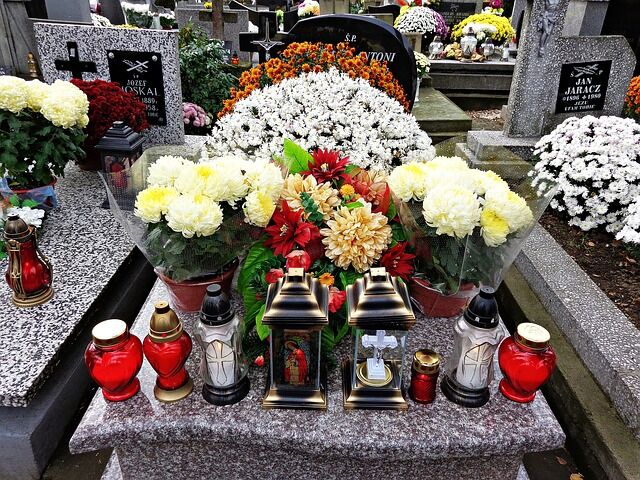 The tradition continued in northern states and by 1890 many had made it official. There was a separate day for the southern states to commemorate their dead.

Decoration Day honored Civil War soldiers at first, but by the time of World War I the holiday expanded to also recognize members of the military who died in all wars.

There were times when the U.S. Congress made changes to aspects defining what is Memorial Day. The “Uniform Monday Holiday Act” passed by Congress in 1968 created a three-day weekend for federal employees by adjoining the celebration of Memorial Day to a weekend – the last Monday of May.

The Civil War period was also the beginning of the government establishment of national cemeteries. Today there are 136 cemeteries maintained by the Department of Veterans Affairs National Cemetery Administration. There are national cemeteries in 40 U.S. states and Puerto Rico.

The first ones were established before the end of the Civil War, about a dozen such cemeteries in 1862. By 1870 there were 73 national cemeteries where nearly 300,000 Union soldiers and sailors were laid to rest. 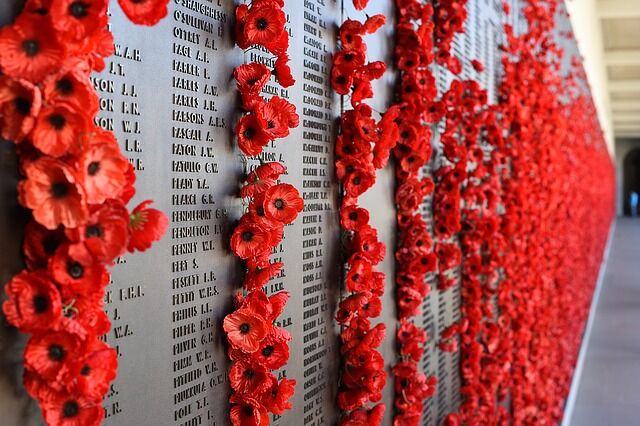 While most soldiers who died in the War of 1812 or the American Revolution were buried in family cemeteries or churchyards, the country’s expansion west in the 19th century required burials at U.S. Army posts. Also, cities began building cemeteries on the outskirts of their populated areas for the sake of sanitation.

With time, there were far more casualties in wartime, so the process of burial had to make shifts and alterations.

In July 1862, the United States Congress passed legislation concerning pay, rations and the purchase of land to establish cemeteries for those who died fighting for the Union Army. The first of these were created near battlefields, troop concentration points and hospitals, including:

By the end of the Civil War there were 30 national cemeteries and seven soldiers’ lots in private cemeteries.

According to the Automobile Club, nearly 43 million U.S. residents will travel over the Memorial Day 2019 holiday weekend. A total of 37.6 million are expected to travel by car and some will have destinations in mind to honor the military dead.

Visitors to Charleston, South Carolina can dedicate a flag to heroes of their choice at the Charleston Field of Honor from 10 a.m. to 4 p.m. Fees will benefit local veterans’ groups.

Columbus, the capital of Ohio, has a new National Veterans Memorial and Museum where veterans have free admission. The museum focuses on people who served rather than detailing the wars and conflicts themselves.

An impressive set of monuments are found in Indianapolis, Indiana, including veteran-related fountains and statues. The Indiana War Memorials and Museum is a popular stopping point for individuals choosing to take meaningful trips for Memorial Day 2019.

One of the jewels of the East Coast – Cape Cod – is the site of an annual Memorial Day parade, which will actually be held on Sunday, May 26. It begins at Nantucket Legion Hall and ends at Prospect Hill Cemetery in the town. There is a whaling museum worth visiting, and an annual Memorial Day sailing race as well. 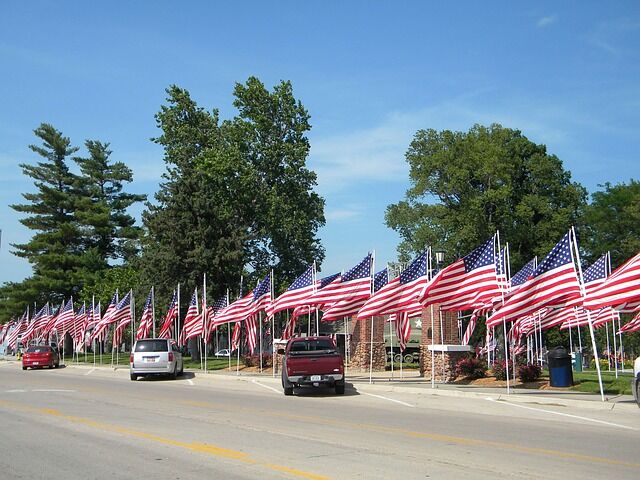 The home of country music, Nashville, Tennessee, has a World War II Memorial at Bicentennial Capitol Mall. It houses an eight-ton marble globe that is situated in flowing water, which is a wonder for visitors.

About 20 miles outside of Nashville is “The Hermitage,” the former home of President Andrew Jackson. You can view his house and picturesque grounds.

The charm of Oklahoma City draws thousands on Memorial Day for a ceremony that includes firing a WWII anti-tank gun. It takes place at a renowned patriotic venue – the 45th Division Museum. After the ceremony at 10 a.m. visitors can take in such exhibits as the Reaves weapons collection in the museum.

A getaway for the Hollywood crowd, Palm Springs, California may not resonate with patriotism, but its Memorial Day weekend does more than just launch the tourist season. City leaders will honor soldiers at the Palm Springs Air Museum at the Memorial Day Flower Drop and Air Fair. The annual event centers around a flyover by a B-25 Mitchell bomber that drops more than 3,000 red and white carnations. The rest of the day includes flight exhibitions and activities as well.

The area in and around Pensacola, Florida offers beach activities along the Panhandle, as well as the presence of many military men and women. Memorial Day 2019 includes a Pensacola Beach Pride celebration over the weekend, plus you can visit the area’s memorable National Naval Aviation Museum – the largest in the world of its kind.

You may want to step onto Whidbey Island, a ferry ride from Seattle, Washington where you can reflect among the natural beauty of Puget Sound. Maple Leaf Cemetery on the northern part of the island in Oak Harbor is the site of the Memorial Day Service of Remembrance at 10 a.m. The ceremony will involve the Navy Junior Reserve Officers Training Corps and the Oak Harbor High School Chorus.

The epitome of Memorial Day celebrations, of course, is in Washington, D.C. It’s always a patriotic centerpiece, but for Memorial Day a visit to the nation’s capital has additional meaning.

-- National Memorial Day Concert: Held on the west lawn of the U.S. Capitol building, it begins at 8 p.m. Eastern Time on Sunday, May 26. You can also watch it on PBS and see appearances by Patti LaBelle, retired Gen. Colin Powell, the National Symphony Orchestra and performance groups from the military branches.
-- National Memorial Day Parade: Beginning at 2 p.m. on Monday, May 27 and running next to the National Mall along Constitution Avenue, this year’s grand marshals will be D-Day survivors who helped liberate France 75 years ago and also actor Gary Sinise, who runs a foundation for veterans.
-- Arlington Cemetery: The site of the eternal flame, where famed military men and women are buried, including President John F. Kennedy, Arlington Cemetery is a popular patriotic site year-round. A Memorial Day ceremony begins there at 11 a.m. Monday, May 27 and will draw approximately 5,000 visitors to the Memorial Amphitheater.
-- National Mall Memorials: There are permanent honorary markers dedicated to individuals who served in World War II, the Korean War and the Vietnam War. But there is special meaning to visiting these structures over Memorial Day.
-- USAA Poppy Wall of Honor: The District of Columbia has begun a new tradition, creating a wall of honor using poppy flowers, which are a symbol of sacrifice by members of the military. For Memorial Day 2019 it will be located on the southwest side of the Reflecting Pool on the National Mall and is open from Friday, May 24 through Sunday, May 26.

National Moment of Remembrance resolutions, passed in December 2000, proposes that at 3:00 p.m. on Memorial Day all Americans voluntarily and informally observe in their own way a literal moment of remembrance and respect. Many of these celebrations will participate in the tradition during their ceremonies. 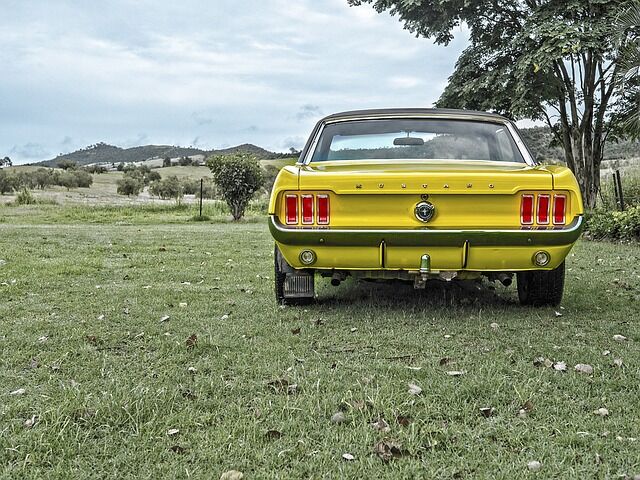 As a gesture of your own patriotism for Memorial Day 2019, you can consider doing something to support the men and women who serve in the military. If you have an affinity for those serving abroad, there are nonprofit groups sending care packages. If you prefer to help the wounded, there are organizations you can support to do that as well.

When you donate a car to military charities, it’s a chance to use a car you’re planning to replace as a gift to causes you care about.

A car donation to veterans through Cars2Charities enables you to target your donation to any charity you choose. The process they use has advantages, including the fact that they assess your car donation before selling it, which tends to garner a higher selling price, which gets you a better tax write-off.

It’s also incredibly easy. Not only do you not have to think about the work involved in prepping your car for sale, they pick up your donation vehicle and – literally – handle the entire process.

All you do is choose the charity you prefer, which is any 501(c)(3). Cars2Charities has worked with numerous military nonprofit groups, including:

Wounded Warrior Project: A veterans’ nonprofit support organization, WWP gives comfort to members of the military who have suffered physical or mental injuries from their service to the country since September 11, 2001.

Heroes in the Rough: Based in Pebble Beach, Heroes in the Rough offers veterans and their families the opportunity to become active, including golf clinics, lessons and tournaments. Disabled veterans gain coordination and stabilize memory while they build physical stamina and golf skills.

Patriots and Paws: Providing help to any one of the 8% who have served in the U.S. military or the 4% who are currently serving, Patriots and Paws is a Fresno-based nonprofit helping them transition back to civilian life. Approximately 95% of those aided by the organization have been homeless at some point and through this volunteer-run charity, individuals can gain access to housing, home furnishings, as well as a rescued companionship animal.

This year, you can reflect on “What is Memorial Day” and celebrate in an elevated 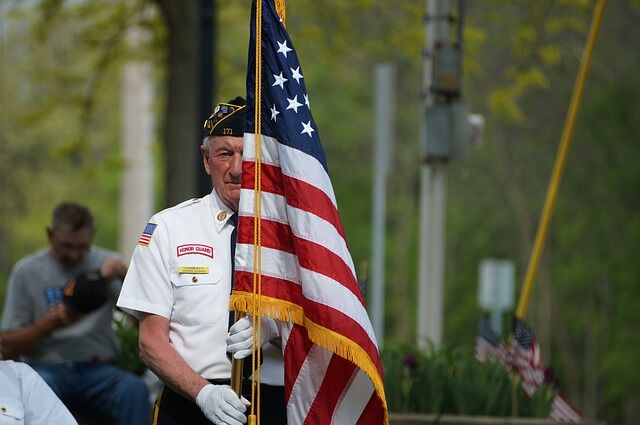 fashion. Choose to visit or tune in to new forms of celebration and remembrance, or donate to military members of the military to show your respect and thanks to United States Military heroes. Either way, Memorial Day 2019 can be a standout experience for you.

More in this category: « Nevada Nuptials: How to Get Married in Vegas Out with the New: Car Auction Advantages »