While 93 percent of Americans celebrate Christmas, there are several religious holidays in December with nationwide practitioners. The most common holidays brought to the United States from various cultures include Las Posadas, Chanukah and Kwanzaa.

What began as a Christian holiday, Christmas is celebrated by people of all faiths, even serving as a unifying event, according to Gallup polls. Faithful participants include members of both the Republican and Democratic parties and the demographics cross age, gender, income and education lines. https://news.gallup.com/poll/272357/percentage-americans-celebrate-christmas.aspx

Those who celebrate Christmas in its most purely religious form are recognizing the anniversary of the birth of Jesus Christ, a spiritual leader whose teachings form the basis of their religion. Those with the most religious Christmas celebrations tend to be protestants, conservatives and seniors.

But there are many non-religious, traditional practices that are widely observed as well. Some of the most popular are:
• Gingerbread house decorating
• Trimming Christmas tree
• Carol singing
• Sending Christmas cards
• Decorating houses
• Making tamales
• Filling stockings

As the largest religious holiday in December, Christmas can include a myriad of sentimental traditions. While it’s based on the birth of Christ, it also incorporates narratives from Frosty the Snowman and Rudolph the Reindeer to Santa Claus, or the legend of Saint Nicholas, as it’s called in some cultures.

According to History.com the history of Christmas, at least its timing, is connected to rituals that have been held in mid-winter months across the globe. Europeans used to celebrate light and birth in the darkest time of year. And when passing Winter Solstice, many cultures embraced the fact that the worst of the cold period was behind them for the year.

Scandinavians called it a Yule celebration. Fathers and their sons would get large logs to bring home and build a nice fire to accompany a feast that lasted for as long as their wood burned. It could total 12 days. By the eighth century, the Christian celebration of Christmas became a part of the culture in Scandinavian countries, which immigrants brought to America.

A lot of Americans celebrate a Mexican Christmas tradition called Las Posadas, which takes place over more than a week during the holiday season. It’s a celebration of Mary and Joseph’s journey from Nazareth to Bethlehem. It mimics the biblical story of the parents of Jesus – including a pregnant Mary – traveling far and being forced to take shelter and deliver a baby in a stable. 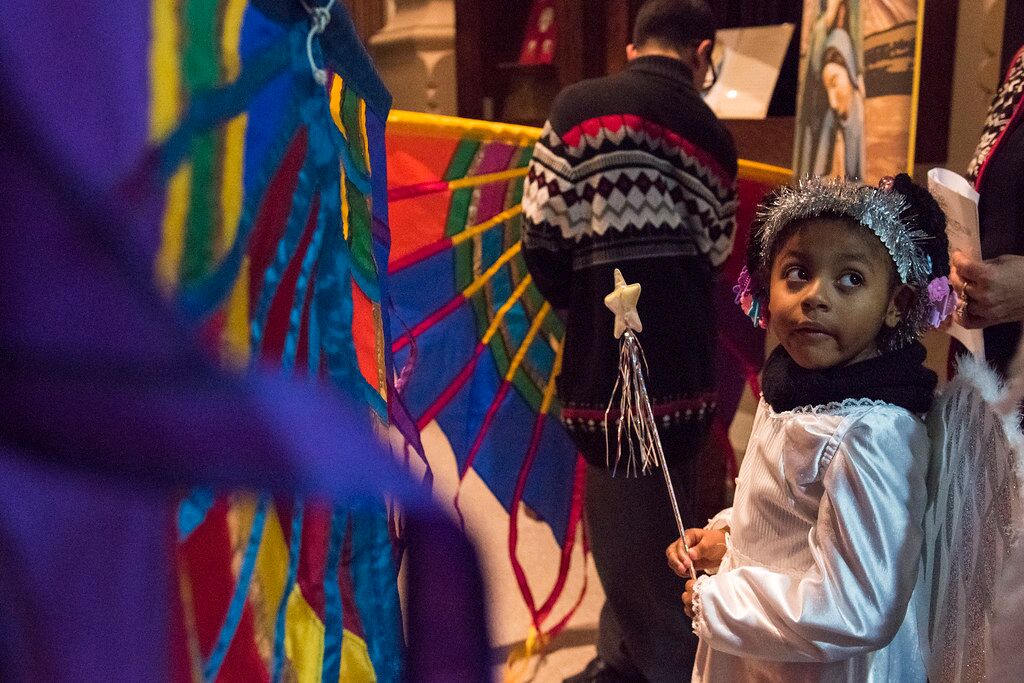 Encyclopaedia Britannica says that the history of Las Posadas goes back to a religious festival begun in Mexico where groups of people take part in a ceremonial procession for nine nights leading up to Christmas. They are typically groups of children who dress up in gold and silver robes, some as angels that accompany the Holy Family.

Those participating in the procession hold candles and pictures of Joseph with Mary on a donkey, and they play out their roles where they are refused when asking for a place in the inn. Sometimes they are offered beverages, however, and along the way they stop for scripture readings and Christmas carols.

Whole communities in Mexico participate, according to the history of Las Posadas. One way it’s structured is with participants sharing a traditional “posada song.” The individuals in the procession approach a different house each night. They stop outside and sing Joseph’s role where he asks for shelter, and the family inside the house responds by singing the role of the innkeeper refusing to grant a room to the couple. In the end, the innkeeper agrees, and the hosts open the door for the celebrating to begin.

In the history of Las Posadas, adults are involved also, playing music and holding Mass at the end of each evening following the procession. After the service, children get to break a pinata, often shaped like a star, where they get to pick up candy and money.

This year, the Jewish celebration of Chanukah, which is an eight-day “festival of lights,” is taking place at the same time as Christmas, which isn’t always the case. The date is set by the Jewish calendar.

The celebration brings attention to the rededication of the Holy Temple in Jerusalem, according to Chabad.org. The word “Chanukah,” also spelled “Hanukkah,” means “dedication” in English, which ties to the history of Hanukkah in Israel.

It hearkens back to the second century BCE when a small band of Jews miraculously defeated the army of the Syrian-Greek people who at the time ruled the Holy Land. Already at a huge disadvantage, they had very little oil left to light their candles – about a day’s worth – but it lasted for eight days. The Jews reclaimed the Temple and rededicated it to God.

Each night of Chanukah in every household they light one candle in the menorah, which is a candleholder with a total of nine flames. The Jewish holiday includes a ceremony with traditional songs and a recitation of special blessings. They incorporate Hallel and V’Al HaNissim in their daily prayers as well as Grace After Meals where they thank God for “delivering the strong into the hands of the weak … the wicked into the hands of the righteous.” 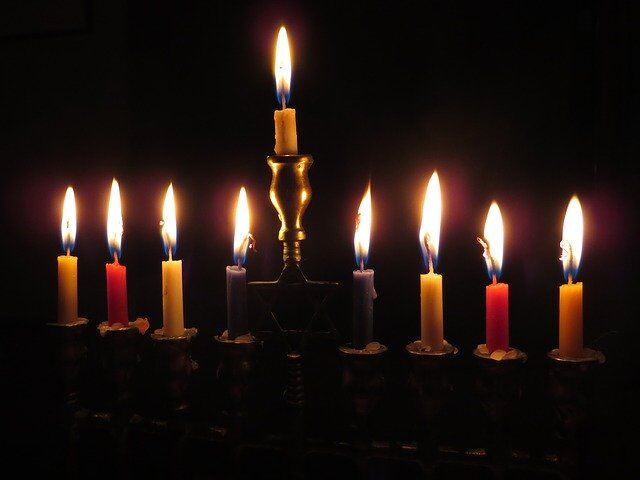 In the home of participating families, the lighted menorah is placed in a window or doorway, and these symbols are found in increasing numbers in public places as well.

Though it’s not one of the religious holidays in December, Boxing Day is celebrated with gusto in the United Kingdom, Canada, Australia and New Zealand.

Many of us think it denotes the returning of boxes of Christmas gifts to stores for refunds and exchanges, but the history of Boxing Day says that it derived its name from the unboxing of donations to the needy.

An article by The Spruce explains that it’s really a bank holiday celebrated the day after Christmas. In modern times, people are home from work to spend time with friends and family while gobbling up Christmas leftovers, but there’s more to the history of Boxing Day than most people are aware.

There are several different connotations of Boxing Day. Because the British refer to gifts as “Christmas boxes,” it can refer to a day when you return gifts to stores. In the history of Boxing Day, however, servants were given the day off and brought Christmas boxes from their masters to share with their families.

Charity is also a big part of the history of Boxing Day. It refers to charity drives where boxes of money for the poor were placed in churches and handed out on the day after Christmas. It is also connected to sailing. There’s a nautical tradition where ships would keep a sealed box of money on the journey and if the voyage was a success, they would give it to a priest for the poor.

In Ireland, it goes back to the time of Jesus, when Stephen was stoned to death for believing in the Christ. The holiday is sometimes referred to as St. Stephen’s Day by the Irish.

Lighter associations to the history of Boxing Day are sports-related aspects. Horse racing is one of the most prevalent activities on December 26 for residents of the United Kingdom. There are also “football” games, which in the U.S. we call “soccer.”

The British are known for years of fox hunting in celebration of Boxing Day, but the ban on the sport in 2004 has put an end to the practice. However, hunting aficionados still dress in the full regalia, including red coats, and they sound the fox hunting horn.

Among the forms of entertainment, the English also host unusual activities such as swimming the English Channel, races for fun and charity events. 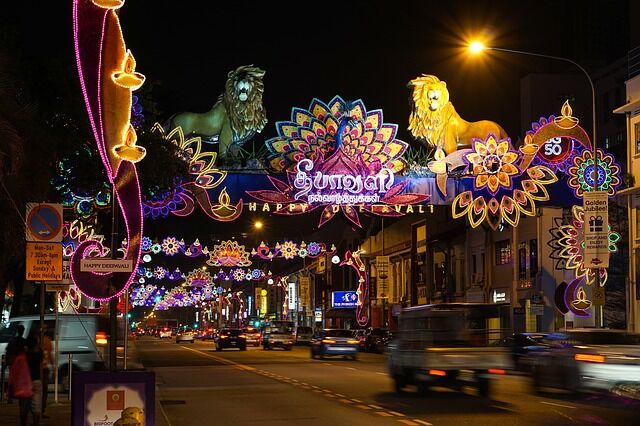 Though not as well known in America as other holidays, Kwanza is a 7-day celebration that’s mostly a part of African-American culture. The history of Kwanzaa is just over 50 years old, established to reconnect individuals with their roots on the other side of the globe.

Created on December 26, 1966 by Dr. Maulana Karenga to embrace the beauty of black culture and heritage, it is modeled after early harvest celebrations held in Africa, according to the PBS website. Because there are more than 2,000 languages spoken by citizens of various African countries, participants in Kwanzaa use the language of Swahili as they engage in ancient cultural traditions.

They share special food and drinks, usually passing a chalice and discussing stories from their native history. They decorate their homes with art objects such as colorful African linens and they wear kaftans while holding ceremonies that give honor to their ancestors.

The symbolism of colors employed during Kwanzaa reflects the Pan-African movement that engenders unity for people all over the world who are of African descent. The use of black represents the people; green is a symbol of the richness of African land; and red has a connection to the noble blood that unites all people of African ancestry.

The name Kwanzaa comes from a Swahili phrase meaning "first fruits," and the number 7 has tremendous significance. Not only are there 7 days of celebration, the holiday supports 7 principles and 7 symbols that affirm their ideals.

The 7 Primary Symbols of Kwanzaa are:
• Mazao – The Crops
• Mkeka – The Mat
• Kinara – The Candle Holder
• Muhindi – The Corn
• Mishumaa Saba – The Seven Candles
• Kikombe cha Umoja – The Unity Cup
• Zawadi – The Gifts

As a relatively new holiday – just dozens of years old versus hundreds or even thousands for others – Kwanzaa has become universally recognized over time. Celebrities who claim to celebrate the holiday include Angelina Jolie, Oprah and the late Maya Angelou. 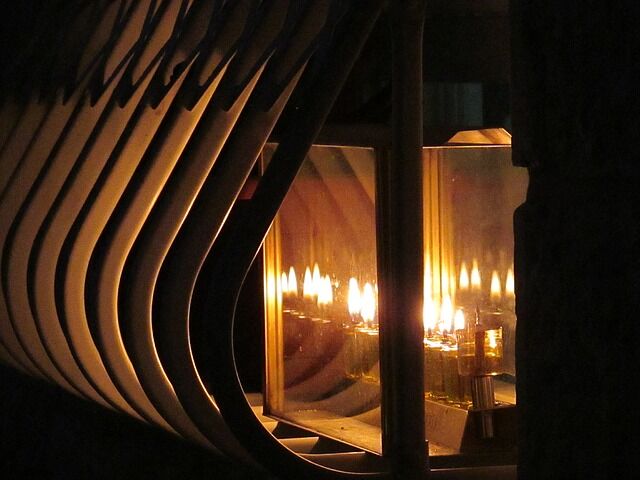 A United States postage stamp was created for Kwanzaa in 1997 and there have been five more created to commemorate the holiday since then.
Similar to holidays from Christmas to Chanukah, Kwanzaa participants also have a candle-lighting ritual and include gift-giving to children. In the history of Kwanzaa, there originally was a concerted effort to not employ symbols or practices found in other American holidays. But today there are many who celebrate Kwanzaa along with other traditional religious holidays in December.

Not every celebration is a religious holiday in December. But there’s clearly an unseen spirit of celebration – whatever demographic you embrace and whichever celebration you prefer.

More in this category: « It’s That Time Again: Tips for Taxes 2019 How to Be Successful with your Diet and Exercise Resolutions »