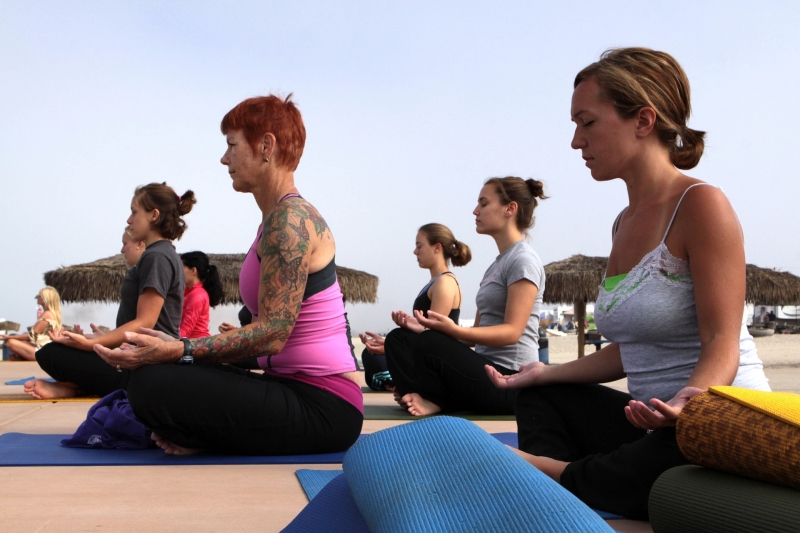 It’s an Indian discipline known the world over which took root in the East but has spread across the globe, as popular now as it’s ever been.

The website YogaSix defines the avocation as “a group of physical, mental, and spiritual practices or disciplines which originated in ancient India. “ 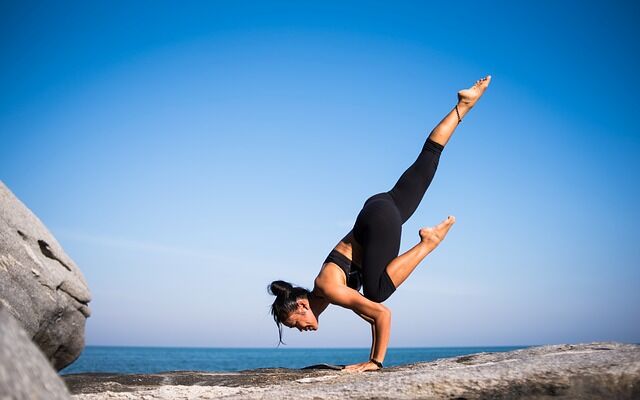 As June 21 is International Day of Yoga, it’s an appropriate time to create awareness and better define what it is and what the practice can accomplish.

Centering in on breath and movement, yoga is designed to foster stability, strength and grace to the mind and body. Though considered multidimensional, in the West it’s more of a physical practice, less spiritual than in Indian traditions. In its original form, yoga is meditative and spiritual at its core.

The word “yoga” is used to mean one of the orthodox schools of Hinduism, of which there are six. It is related to the philosophy of Hindu Samkhya. The practice of yoga is thousands of years old and has evolved to its modern embodiment.

Clarifying yoga for beginners is best accomplished by looking back in time. It began in approximately 3000 B.C. in India and its presence in the Indus Valley is proven by the existence of yoga poses represented by figures carved in stone. The aim of yoga in the beginning was harmony between the heart and soul leading to divine enlightenment. While becoming established in Eastern society, yoga was observed as a healing practice for diseases including high blood pressure and diabetes, while also reducing chronic pain and physical injury. 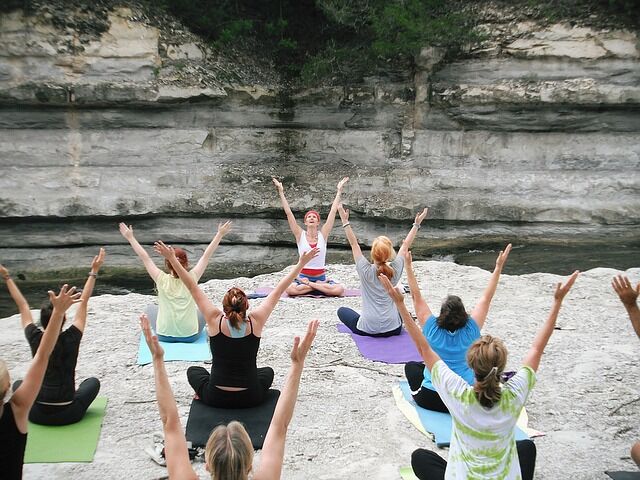 There is not just one form of yoga nor one category of easy yoga poses. Instead, it is practiced by believers of Buddhism, Hinduism and Jainism. Hatha yoga and Raja yoga are among the best-known styles.

The Yoga Basics website explains the origin of yoga, which has a rich oral history, sometimes responsible for murky facts. Its written history was recorded on palm leaves, which were fragile transcriptions because they could be damaged or lost.

Sacred texts known as the Rig Vedas have the earliest record of the word yoga included in its collection of songs, rituals and mantras which were used by Vedic priests, or Brahmans. The most widely-known yogi scripture is the Bhagavad-Gita from approximately 2,500 years ago. They outlined the beliefs and practices of mystic seers in the Upanishads, which is a work of more than 200 scriptures incorporating ritual from the Vedas and added to it a teaching of sacrifice of the ego and karma yoga, or action, plus jnana yoga, or wisdom.

In homage to International Day of Yoga, a look at the phases of development of the practice can increase understanding. Yoga has changed over time, best described in a breakdown of four periods.

After Pre-Classical Yoga, described above, there was a period of its development known as Classical Yoga. While it was previously a combination of beliefs, ideas and techniques, in the classical period it was given a more systematic definition in the second century by Patanjali’s Yoga-Sutras.

Yoga was described as the path of Raja Yoga and the eight-limbed path had stages and steps where an individual could obtain enlightenment. Patanjali is considered by some as the father of yoga.

A few centuries later, Post-Classical Yoga was the strongest representative of the age-old practice. Yoga masters sought to teach practitioners to rejuvenate the body and prolong life through practicing yoga, ultimately achieving enlightenment through the physical state. It was a rejection of previous teachings by the ancient Vedas.

Tantra Yoga was a process of cleansing the body and mind to “break the knots that bind us to our physical existence.” There was an emphasis on the connection between physical body and the spiritual self, and it led to Hatha Yoga, a common practice in the West today.

Finally, the Modern Period ushered in the yoga masters of the late 19th and early 20th centuries. As yogis traveled west there was a growing band of followers. In 1893, the city of Chicago was host to the Parliament of Religions when Swami Vivekananda delivered lectures about yoga and discussed unity among religions. Hatha Yoga grew stronger as it was promoted in India through T. Krishnamacharya. The first Hatha Yoga school was opened in Mysore in 1924. And in 1936, the Divine Life Society was founded on the banks of the Ganges River. 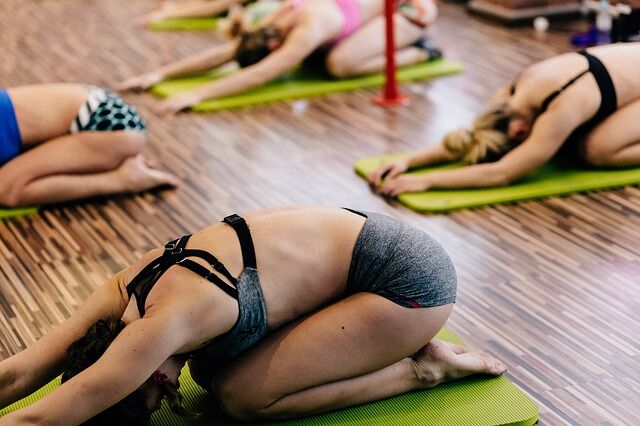 As far as American establishment of the Eastern practice, the first yoga studio opened in Hollywood in 1947 and it began to grow in Los Angeles from there.

Some of the mental benefits of practicing yoga is a clearer mind, more focus and it promotes positive self-image.

Types of yoga exist for different kinds of people which enables you to find the best fit.

As we can see from the fact there’s an International Day of Yoga, it’s become more than just a tiny Eastern philosophy dovetailing with physical poses. It also means that virtually anyone can participate in the practice, as studios exist all over the world.

Some of the most common classes involve a yoga instructor in a studio setting, where participants bring mats and follow the leader. There is often relaxing music in the background and a state of relatively mild meditation is the aim of the group experience.

Hot Yoga
It has become fairly popular in the United States and has many benefits, according to an article in Best Health Magazine. After you “embrace the heat,” which means you withstand excessive sweating, the class takes place in a room heated to 37 degrees centigrade.

The extensive sweating is promoting detoxification, for starters. You also get a more intensive workout, which means you come away with greater strength, tone and flexibility. Hot yoga is used for cardiovascular classes, but still offers mental concentration and improved breathing.

Outdoor Yoga
Local yoga classes won’t always take place in a nearby studio. Sometimes yogis bring their mats outdoors. Some of the advantages are the same as getting back to nature for any other reason. Natural surroundings can’t be replicated in total, so gaining the sights and smells of the woods, a meadow or bluff can evoke a mood that fits with the goals of yoga.

Because the word “yoga” means “union,” practicing outside makes sense when you consider you’re uniting with nature, humanity and the universe.

Beer Yoga
Though it sounds antithetical to the natural bent of practicing yoga, there are groups mixing alcoholic beverage intake with their favorite mental and physical health practice. A play on the words “flow yoga,” participation can be appealing to beer lovers, even if they’re relatively health-conscious.

Yoga instructor and studio owner Jenny Miller is the author of a blog called BeerAsana. She wants people who don’t mark the box “healthy” to have the chance to be turned on to the practice. "I wanted it to be an entryway for people who self-identified as not healthy,” she explains on the website OutsideOnline.com. “And really, for most people you start doing yoga and you sort of end up moderating your habits.”

Breweries and wineries are hosting yoga classes and pouring drinks after the workout. 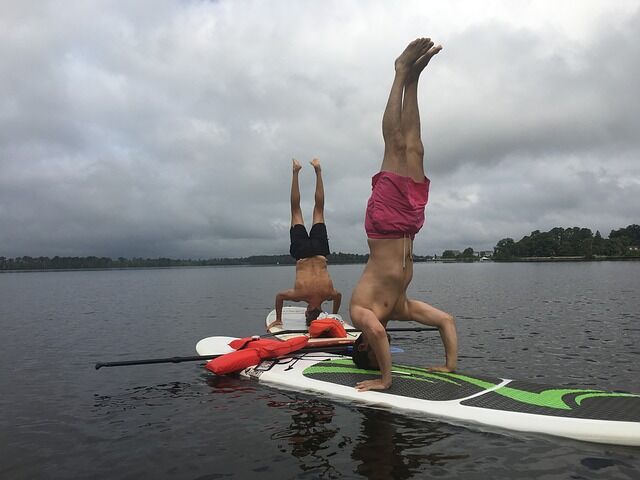 Water Yoga
Among the many ways to do yoga, there are instructors welcoming participants into the swimming pools. Touted as easy yoga poses, time in the water is practical yoga for beginners, says a blog called Yoga.LovetoKnow.com.

Some of the suggested poses are:

Standing Tree: It requires less balance than the tree pose practiced regularly by yogis on land. Hold on each side for 10-15 breaths and you gain strength in your quads, glutes, inner thighs and ankles.

Half Moon: Slightly more challenging, you need strength in your abs and legs, plus an ability to balance. Easier in the water, you get buoyancy to keep you upright.

Floating Boat: It’s more work for your abs. You stand in mountain pose while resting on a noodle. When you lean on the noodle and lift your feet off the floor, you’re working your tummy muscles.

People are bringing the farm to the practice. For some, it’s a form of therapy, but what they’ve found in general is the release of positive hormones from just petting animals, says Mindful Studio Magazine.

Goat yoga has made its way across the country, now being hosted for nonprofit fundraisers and just as a unique form of fun.

Kitten yoga comes about when a studio pairs up with a rescue and puts yogis in contact with kitties just waiting to find forever homes.

Bunny yoga was held in Canada for a fundraiser for the Small Animal Rescue Society of British Columbia. It’s an unusual idea. 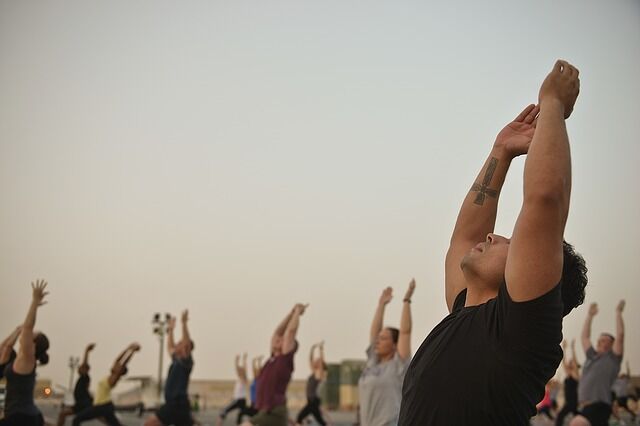 It’s an Eastern practice, a college major, and to some, a fitness plan. Yoga really does have a global appeal, which explains its growth. It also explains the amount of celebrating you can expect on International Day of Yoga 2019.

More in this category: « Father's Day: When Old Guys Rule How New Charities Get Funding Through Vehicle Donations »