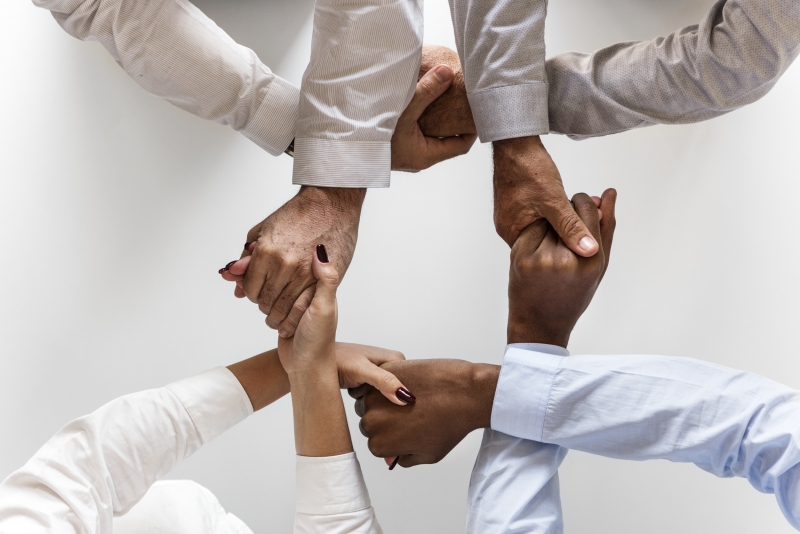 It was more than 100 years ago that Black History Month got its start in the United States and it’s grown in proportion, now shared with millions through media, as well as educational institutions. In answer to the question many people have – What is Black History Month? – channels such as PBS and BET lead the way in providing content to honor African Americans.

According to the Association for the Study of African American Life and History, or ASALH, the idea came from Carter G. Woodson, a University of Chicago graduate who, in 1915, joined thousands of other African Americans in celebrating the 50th anniversary of emancipation.

They gathered at the coliseum in Chicago and visitors were able to observe the progress that black Americans had made in the cause of freedom through informative exhibits. Crowds of up to 12,000 lined up outside to wait for a turn for the three-week exhibition, where Woodson was a contributor. 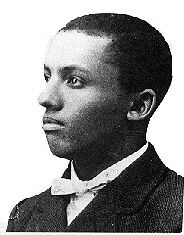 Three years earlier, Harvard University had awarded Woodson a doctorate degree and he had grown concerned as he discovered through research how little black American history was included in school curriculum; in fact, he said, they were basically ignored. The history of black history month is steeped in Woodson’s desire to bring it to importance as a society by raising the exposure of the African American experience.

First, he created Negro History Week after earning his Ph.D., and later sought to bring national attention to the need for more study and release more information about slavery in America. In 1915 he established the Association for the Study of Negro Life and History with a group that met at the Wabash YMCA.

Woodson launched The Journal of Negro History in 1916, where the group of intellectuals could publish their findings, hoping to bring it to the collective consciousness.

In 1920, he sought civil organizations made up of African Americans to advance the exposure of the research, and he asked members of his fraternity, Omega Psi Phi, to further the work as well. They created Negro History and Literature Week in 1924, which was later called Negro Achievement Week.

“We are going back to that beautiful history and it is going to inspire us to greater achievements,” Woodson said to an audience of students at Hampton Institute.

In an attempt to bring national attention to The Journal of Negro History, Woodson made Black History Week the second week of February to honor the birthdays of Frederick Douglas and Abraham Lincoln. Black communities had long been celebrating the birthday of Frederick Douglas, who was born Feb. 14 and, of course, Lincoln’s birthday – Feb. 12 – was nationally recognized.

Eventually, the timeline of recognition for black Americans grew to include a month of celebrations when it became Black History Month in 1976.

Read more about the history at https://asalh.org/.

When the achievements of some segments of society are not recognized and rewarded, it leaves a gap in the mindfulness of that people group. The Society for Community Research and Action lays out some reasons why it’s important to recognize African Americans for their accomplishments.

In an article titled “Why Black History Matters for Community Psychology,” writer Dominique Thomas of Georgia State University explains the mental health benefits to individuals when awareness spreads. Research says that when the general public is made more aware of the vulnerability of African Americans and the structure of racism in America, you tend to see academic improvement, prosocial behaviors and higher self-esteem.

“This is the idea that one must know their history to seek guidance for action towards the future,” Thomas says. “It’s this idea of using history to drive future action that is part of the goal of Black History Month, but it is also a goal of community psychology. Think of the social climate from which community psychology was birthed. Imagine all the historic events that occurred during the 1960s that still impact us to this day.”

Thomas brings up some of the victories brought about by the Civil Rights era, including segregation. They’re positive reminders of progress, especially when you remember famous “firsts,” which is a great idea for individuals wondering how to celebrate Black History Month. 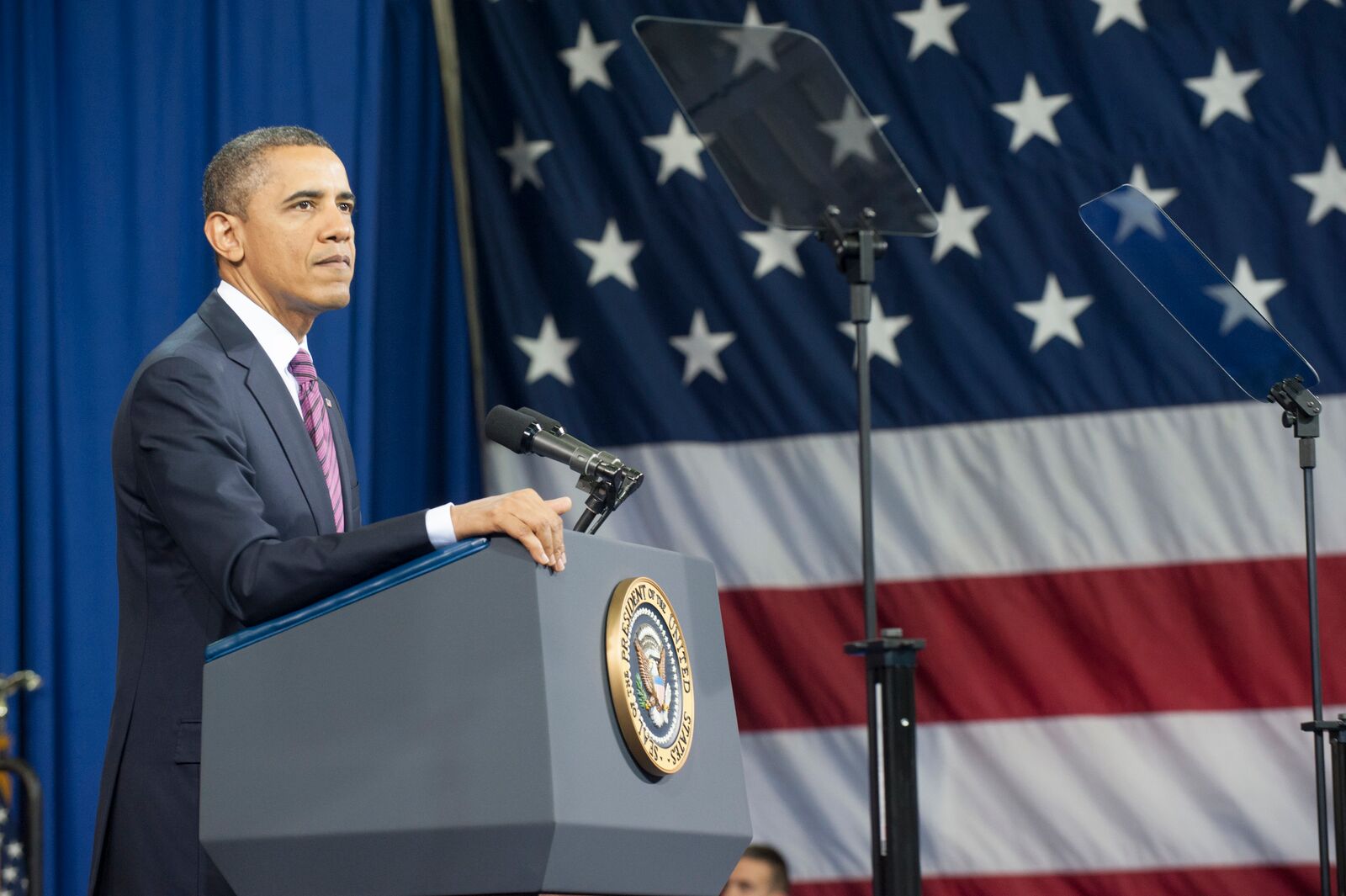 James McCune Smith: The first African American doctor was James McCune Smith, who practiced in New York in 1837. Dr. Smith graduated at the top of his class at University of Glasgow in Scotland. He was born in 1813 and attended the New York African Free School, where his intelligence stood out.

It was because of his race that Dr. Smith had to get his medical degree overseas. He not only graduated at the top of his class, he also earned two other doctorates.

A prominent abolitionist, Dr. Smith joined Frederick Douglass in creating the National Council of the Colored People. Part of his life’s work involved publishing the following:
• “A Lecture on the Haitian Revolution”
• “The Destiny of the People of Color”
• The introduction to “My Bondage and My Freedom” by Frederick Douglass

The New York Academy of Medicine reversed the racism that kept Dr. Smith from entrance to medical school by awarding him a posthumous fellowship a full 171 years later.

He was born in 1829 in Louisa County, Virginia, the son of a planter with a mother who was a slave. He was about 5 years old when he became an emancipated American.

He graduated from Oberlin College in Ohio in 1849, and after the Civil War ended, Langston moved to Washington, D.C. to practice law. In 1869 he was elevated to dean of the law department of Howard University, where he became vice-president in 1872.

Langston was appointed U.S. minister to Haiti and charge d’affaires to Santo Domingo. The former congressman died in Washington, D.C. in 1897.

Hiram Rhodes Revels: The first black U.S. Congressman lived as a freeman his whole life, beginning with his birth in 1827 to free parents in Fayetteville, North Carolina. Hiram Rhodes Revels filled a vacant seat in the U.S. Senate as a Republican from Mississippi in 1870.

His mother was Scottish, and he claimed to have a mixed heritage, including Croatian and Indian. His father was a Baptist preacher and Hiram Revels also became a pastor in the African Methodist Episcopal (AME) Church.

Horatio Julius Homer: The first African American police officer in the city of Boston, Horatio J. Homer was born in Farmington, Connecticut in 1848. When he was 30 years old, he became Sergeant Horatio Homer, and it ushered in a new day in the Boston police force. Over the next 10 years, the department hired about six more African American officers, thanks to his influence.

Hattie McDaniel: Every film fan knows “Gone with the Wind,” the Oscar winning movie from 1939, recognized at the 12th Academy Awards in 1940. And many of us remember the inspiring acceptance speech by Hattie McDaniel, the first African American Oscar winner for “Best Actress in a Supporting Role.”

She said: "I sincerely hope I shall always be a credit to my race and to the motion 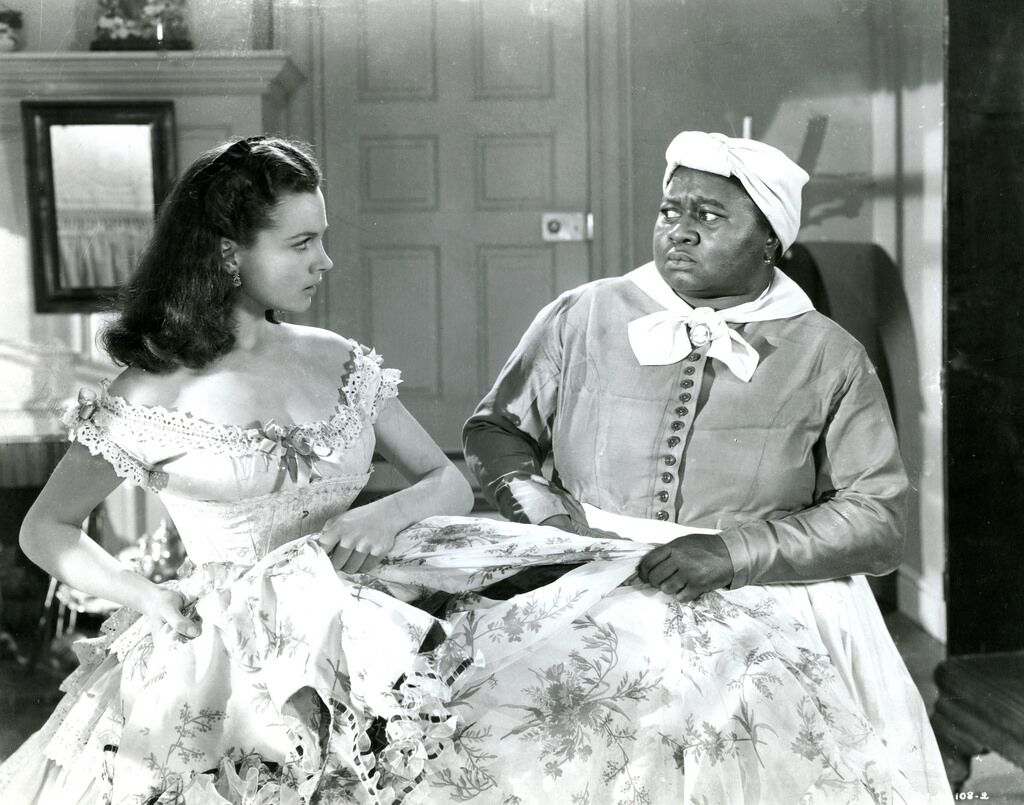 You can watch her speech at  https://www.youtube.com/watch?v=e7t4pTNZshA

Born in 1908 in Baltimore, Maryland, Marshall graduated from Howard University and served as counsel to the NAACP. He won the famous case Brown v. Board of Education.

He became a lawyer and civil rights activist, making him a top choice for the highest court in the land, where he served for 24 years. His reputation is sustained as an individual who was pivotal in ending legal segregation.

Shirley Anita St. Hill Chisholm: Both the first black female elected to Congress and the first female to run for president, Shirley Chisholm was a trailblazer. The title of her autobiography was also her motto: “Unbossed and Unbought.”

She was a powerful advocate for women and people of color throughout her long life. The future leader was born in Brooklyn in 1924 to a factory worker from Guyana and a seamstress from Barbados. Shirley St. Hill went to Brooklyn College and graduated with a master’s degree from Columbia University.

She began working as a preschool teacher, eventually becoming a consultant to the Division of Day Care in New York City. She found a purpose in promoting equality between the sexes and among minorities, joining the NAACP, the Urban League, the League of Women Voters and the Democratic Party Club in Brooklyn.

Shirley St. Hill married a private investigator, Conrad Chisholm, in 1949 and the couple divorced in 1977. When she sought the Democratic Party’s nomination for president, the racial bigotry was clear. She was not allowed to participate in televised debates in the primary election. But despite these setbacks, she ended up with 10% of the votes, totaling 152 delegates.

How to Celebrate Black History Month

The classroom is often the best place to start when it comes to changing the collective consciousness about an issue. And some of the most effective methods so far in the history of Black History Month are programs that are found at every level in American schools. Famous African Americans are featured throughout the month of February, and curriculum is aimed at increasing knowledge about America’s past history of slavery.

Students and teachers can spearhead novel and memorable ways to celebrate the progress African Americans have made over time. And the more creative, the better. Some suggestions are:

• Assign each student an African American person in history to research and report through a biography.

• Take a virtual tour of the online exhibit of the Brown v. Board of Education. It was created in honor of the 50th anniversary of the Supreme Court case, which ended school segregation in 1954.

• You can celebrate Black History Month with Snapchat. The social media platform launched a virtual art gallery featuring the work of black artists to bring attention to African American culture, styles and messaging. The digital art gallery is titled "For Us, By Us: Art Through the Eyes of Black Millennials."

• Perform MLK's “I Have A Dream” Speech. Then ask students to write their own “dream” speeches. 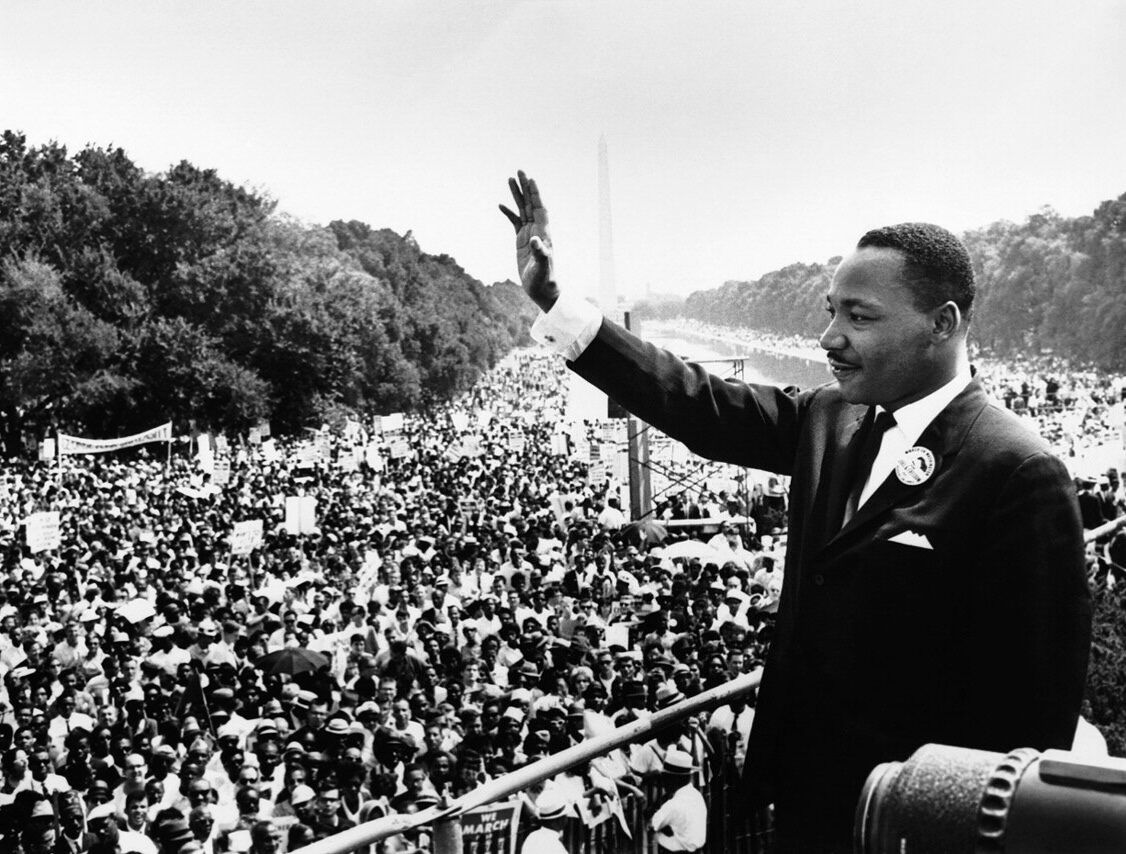 You can also take a free ride from Lyft. The transport company is celebrating the rich and diverse culture of African Americans by offering free rides (up to $10) when the destination is to any "Black history museums, memorials, and relevant cultural sites, as well as to black-owned businesses." You can see their website to see the participating locations and businesses.

View the NAACP website to find more ideas for the month of February. The organization, which is more than 100 years old, has an article called “28 Ways to Celebrate Black History Month.”

The suggestions include donating to a black organization and supporting businesses owned by African-Americans. They also recommend spending quality time with a black senior citizen or reading a book by a black author.

Some other suggestions are:

Every year, you have 28 days to honor those who have accomplished so much --- and the only thing to limit you is your imagination. There are countless creative options to choose from and it involves more than just looking backwards – you can make an impact on today’s culture.

The awareness our country achieves by casting such a bright spotlight on Black History Month is hard to come by in any other way. It’s a reminder that the future is set for a more successful outcome than to repeat the mistakes of the past.

More in this category: « Valentine's Day Traditions All Over the World Award Season Sets the Stage for Support of the Arts »