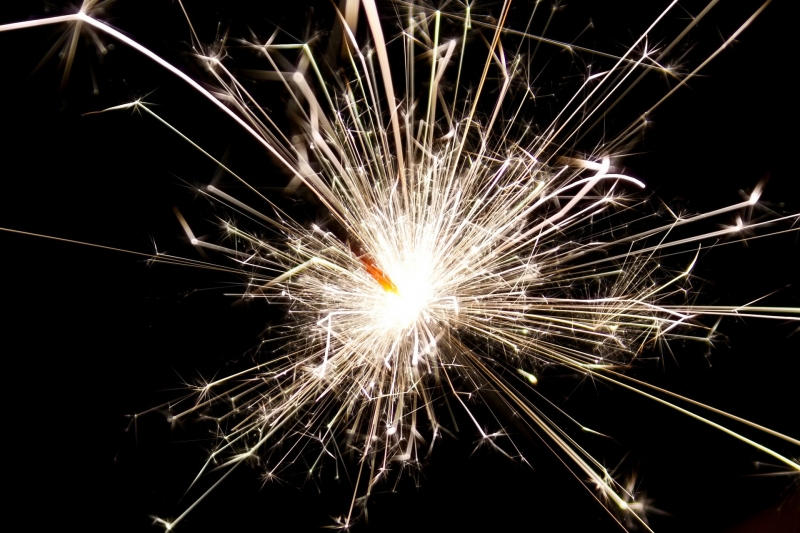 Most of us know why we celebrate Independence Day, even if we aren’t mindful of its origins.

History of the Fourth of July Holiday

Today it’s the equivalent of an evening of fireworks, but the Fourth of July has been a federal holiday since 1941, says the History Channel website. President Franklin D. Roosevelt gave a speech on July 4, 1941, before the U.S. had entered WWII. He compared the struggle for independence in 1776 with the Allies' fight for freedom overseas.

But what Independence Day is actually commemorating, of course, began in the 18th century. Independence Day history starts with the first battles of the Revolutionary War, which broke out in April of 1775. 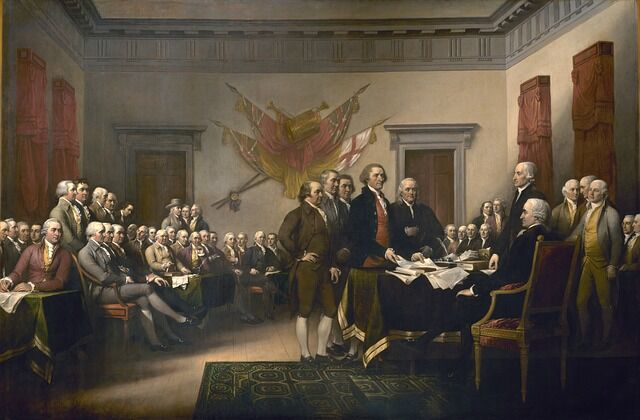 American citizens who wanted to be independent from Britain were considered radicals. It wasn’t until Thomas Paine’s 47-page “Common Sense” that many more members of the population also wanted their independence. First published anonymously, it was one of the most influential pamphlets in the history of our country. When it was written most colonists saw themselves as British citizens with grievances against the king and Parliament. But it helped to reshape that perspective, shifting the belief of residents in the New World from seeing themselves as Britons to seeing themselves as a melting pot country unto itself.

The pamphlet said, in part: “Europe, and not England, is the parent country of America. This new world hath been the asylum for the persecuted lovers of civil and religious liberty from every part of Europe.”

The Continental Congress met in June of 1776 in the Pennsylvania Statehouse, which is now called Independence Hall, where Richard Henry Lee, a Virginia Delegate, brought forth the idea of independence. They held a heated debate and postponed voting on the resolution proposed by Lee, but they put together a committee of five men to draft a formal statement about breaking with England. The men were John Adams of Massachusetts, Benjamin Franklin of Pennsylvania, Roger Sherman of Connecticut, Thomas Jefferson of Virginia and Robert R. Livingston of New York.

On July 2, 1776 the Continental Congress voted in agreement to declare independence, and the Declaration of Independence was drafted by Thomas Jefferson. Delegates from the original 13 colonies signed the document.

Launching a Celebration of Independence Day

When planning to commemorate our independence from Great Britain, there were various opinions about the most appropriate date. For instance, in determining when is Independence Day, John Adams saw July 2 as the best date. In fact, he wouldn’t even accept invitations to celebrate on the Fourth of July.

Ironically, it’s the date both he and Thomas Jefferson died – July 4, 1826, which was the 50th anniversary of Independence Day.

Philadelphia held the first Independence Day celebration on July 4, 1777 despite the fact they were still in the midst of war. The following year on the 4th of July, General George Washington ordered double rations of rum to all of his soldiers. The first state to make the 4th of July a state holiday was Massachusetts. 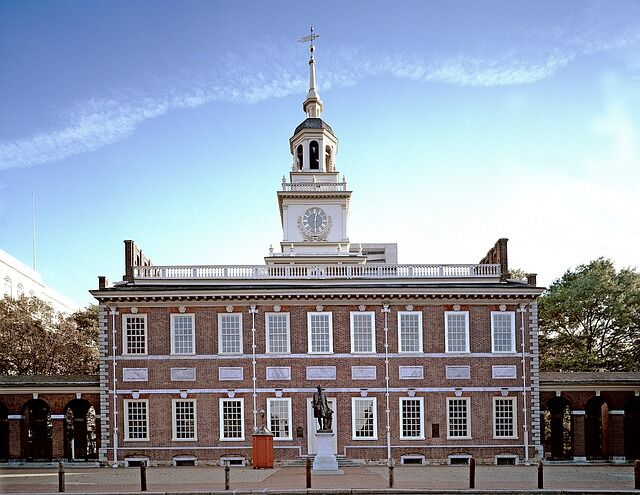 In 1870, the 4th of July was designated an official holiday by the United States Congress. Parties, bonfires, parades, reenactments and a reading of the Declaration of Independence are typical events commemorating Independence Day.

Before the Revolution, residents of the New World had similar celebrations, but they commemorated the British king’s birthday. There would be concerts, processions and speechmaking, among other activities.

Just following its signing, colonists would fire cannons and muskets while reading the Declaration of Independence. And in the 20th century – 1941 specifically – there was a paid holiday granted to all federal employees.

What to Do on Fourth of July – East Coast

A lot of Americans have traditions for a safe and sane 4th of July celebration. Families may head to the beach, hold reunions, barbecue food and participate in arts and crafts while enjoying professional fireworks.

Thousands of towns and cities across the United States host professional fireworks shows. And stadiums – from high schools to professional fields used for football or soccer – play host to 4th of July shows for local audiences.

An article on VacationsMadeEasy.com has a list of unusual things to do:

Attend the oldest Fourth of July celebration in the United States. Bristol, Rhode Island has a 230-year tradition of Independence Day events including performances by the Drum Corps, parades, a carnival and a big fireworks show over Bristol Harbor. 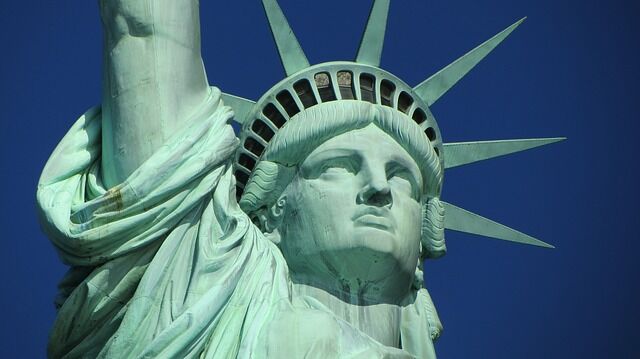 Go to the largest fireworks display along the Main Line in Narberth, Pennsylvania. Some of the wealthiest individuals live in communities within that area and the show reflects it.

Go to see the largest fireworks display in the United States. New York City is home to Macy’s annual show in NYC. It’s 40 years old and counting – and it’s televised.

There are four days of 4th of July events in Gorham, New Hampshire. One of the state’s longest running shows, the Fourth of July Spectacular includes everything from a chili cook-off to horse-drawn wagon rides.

Ever been to Wilmington? This Delaware city holds a Fourth of July celebration at the Riverfront that includes a 50-foot obstacle course, rides, face painting and food from a crab feast. Special to the holiday are patriotic events from historical reenactments to magic acts. Of course, the big show is after dark when the sky lights up with fireworks.

Visitors to historic Corolla Park in Corolla, North Carolina get to take in the annual Festival of Fireworks. Not only is it a big show, during the day you can wander around the park while enjoying food, in addition to activities such as a cornhole tournament and watermelon eating contests.

The celebration in Bar Harbor, Maine has been called a best bet by “National Geographic”! It’s followed by a huge seafood festival and the annual lobster races, plus free music in Agamont Park on the Village Green.

What to Do on Fourth of July – West Coast

If you find yourself on the left coast of the U.S., you won’t be near the nation’s capital nor in the city that never sleeps. But, don’t worry – there’s plenty going on in cities to the west if you’re searching for what to do on the Fourth of July.

Los Angeles has a huge number of fireworks venues, according to Timeout.com. 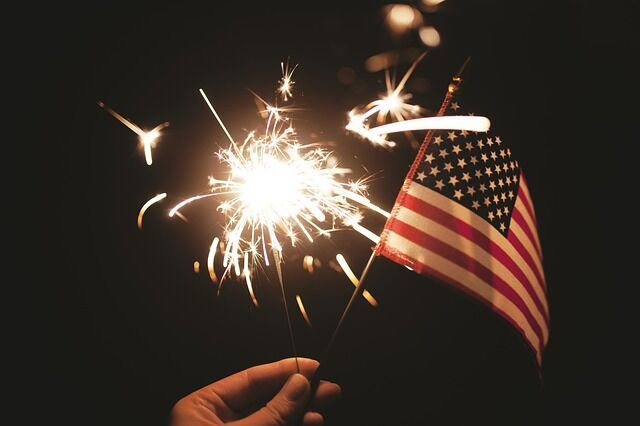 Pacific Palisades has a beach-themed party going on, beginning with patriotic skydivers whose landing begins the town’s classic Fourth of July Parade. It starts on Sunset Boulevard between Drummond and La Paz and there’s a concert at 4 p.m. followed by fireworks at dark.

Also on the coast, but further south, Marina del Rey has its annual fireworks over the water. You can watch the explosions from Burton Chace Park, Mother’s Beach or Fisherman’s Village, where you’ll hear music to accompany the oohs and ahhs from the crowd. If you’ve got a boat you’ll have a great view as well.

And speaking of boats, keep going south to the Queen Mary for concerts and patriotic, family-friendly events. There is an evening of musical entertainment, historic tours of the icon and a patriotic film screening.

Also in Long Beach, the Aquarium of the Pacific is holding a Fourth of July Late Night BBQ and party. Not only will the aquarium remain open into the night, there’s a great view of fireworks over the water. The BBQ cookout includes classics from hot dogs and Coleslaw to brisket and s’mores bars.

In the heart of the city? Downtown L.A. is holding an Anime Expo at the Convention Center this year. There are four days of special events, cosplay and panels of experts. There will be thousands of individuals who descend on downtown for a celebration of the subculture, where they can meet characters and get autographs.

For a creepier Fourth of July nearby, head to Hollywood Forever Cemetery for a screening of “E.T.” People will come with picnics and watch a fireworks show following the movie. Hosted by Cinespia, there will be a themed photobooth and DJ for the dance party aspect of the annual event, which brings Angelenos lining up hours in advance. It’s a cult classic involving sleepovers and a lot more at this favorite film venue.

If you’re inland, there’s Pasadena’s AmericaFest in the Rose Bowl Stadium. It opens at 2 p.m. on the Fourth for families to take in rides, crafts and games – all kid-friendly. There is a motorcycle stunt show, lots of food and fireworks at night. Parking is $40 but you can tailgate and never enter the stadium, because it’s easy to see all the festivities from outside the stadium.

While the Rose Bowl is Bruin territory, if you’re a Trojans fan your end of the spectrum is celebrating too with the Fourth of July Community Festival and Fireworks Show at L.A. Memorial Coliseum. Bring a blanket and chairs to this free event, just outside the Coliseum, for a day of music, games and a nighttime fireworks show. 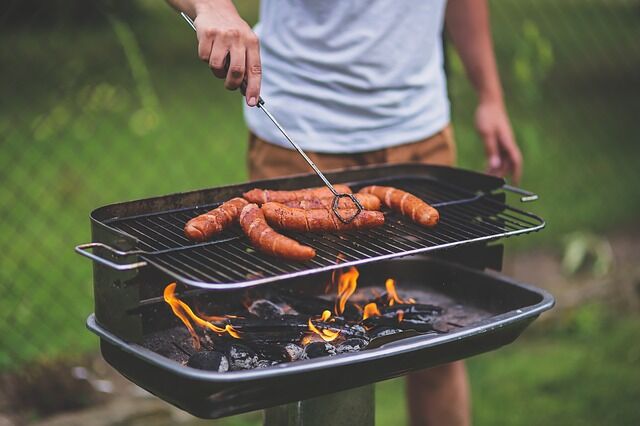 There’s never a dull moment when you look at what to do on the Fourth of July. It’s a holiday that truly brings Americans together. Our shared history and years of traditions make it a special occasion that’s about much more than the original Independence Day when we separated from our British roots. It’s more about families, friends, food ... and, of course, fireworks.

More in this category: « How New Charities Get Funding Through Vehicle Donations Summer Vacation Trip Ideas: Over-the-Top Not Overpriced »