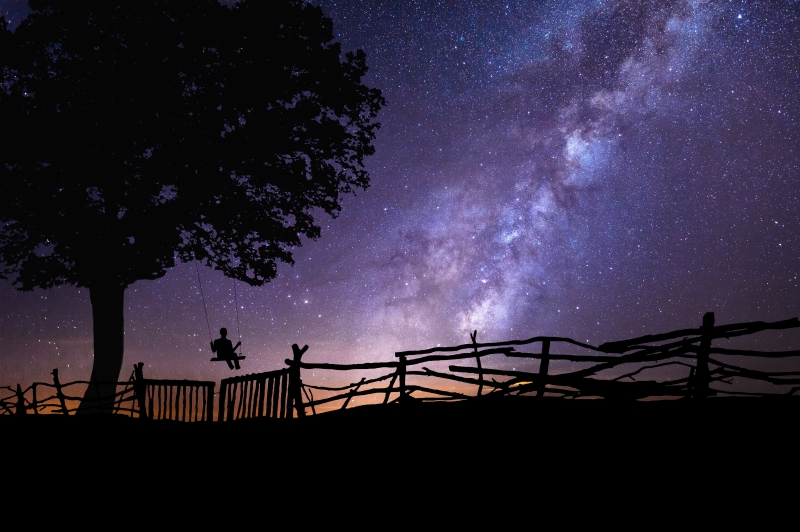 Like every April for the last 50 years, Earth Day 2021 is a celebration of the birth of the modern environmental movement. It’s come a long way and, doubtless, will continue to evolve as issues affecting our global welfare emerge. 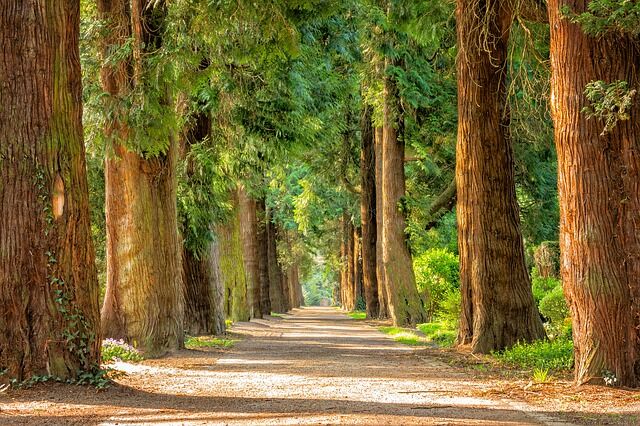 April 22, 1970 is the anniversary of the first time Americans banded together to draw attention to the need for cleaner living on the planet. There were 20 million people who showed up to parks, onto streets and filling auditoriums around the country in rallies and peaceful protests of practices including:
• Driving gas-guzzling cars with V-8 engines
• Raw sewage spills
• Pollution-creating factories
• Toxic dumps
• Shrinking wilderness areas
• Oil spills
• Power plant operations
• Pesticide use
• Wildlife extinction

From the beginning, the movement to promote healthy sustainability had bipartisan support. It was spearheaded by a Democrat, U.S. Senator Gaylord Nelson from Wisconsin, but his second-in-command was a Republican Congressman, Pete McCloskey. The national coordinator was Denis Hayes from Harvard who put together a staff of 85 individuals and promoted events.

Among the many Earth Day facts that led to its rise was a book by author Rachel Carson – “Silent Spring” – a New York Times bestseller released in 1962. More than 500,000 copies sold in 24 countries, and it brought to the collective consciousness the importance of the environment and the connection between public health and the effects of pollution.

And decades of events laid a foundation forging such large-scale support for a day of recognition that our planet needed help. It came on the heels of the counterculture revolution of the 1960s, including protests of the Vietnam War and large groups paying attention to messaging in rock and roll music.

As far as choosing when is Earth Day, founders strategized that student support could be gained by good timing, so it was scheduled after spring break and before final exams.

Now a permanent part of the social landscape, Earth Day facts outlining the goals of the special day include:
• Raise awareness and educate the general populations about endangered species 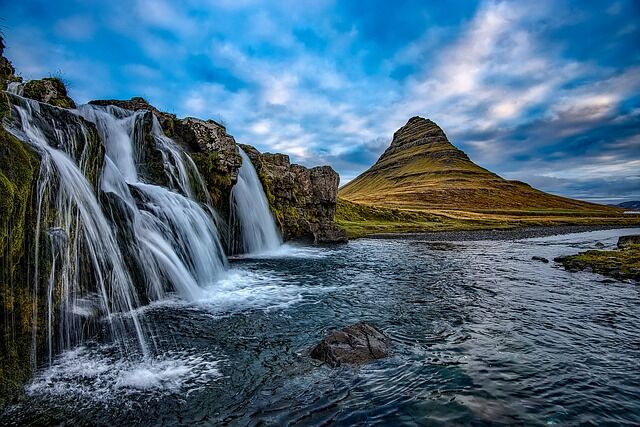 Two decades after its inception, environmental conservation grew to include more than just a national profile. In 1990 it hit the world stage when Hayes organized an Earth Day campaign that mobilized 200 million participants in 141 nations. It kicked off universal efforts for recycling and led to the United Nations Earth Summit in 1992.

Today’s events aim to both serve the common good and draw attention to Earth Day facts affecting the health and welfare of citizens of the planet. Cities nationwide determine their own lineup of celebrations and environmental workday projects.

Words from Carson’s book set the stage for this arm of the movement: “In nature, nothing exists alone.”

There are millions of species on earth, with many still unknown to man. But when we humans insert ourselves into any environment, it has an impact, which you could call the “butterfly effect.” We typically upset the balance, causing extinction of various plant and animal life – sometimes rapidly – many times due to abuse or overuse of resources.

Some of the factors affecting the loss of species are:
• Poaching
• Pollution
• Trafficking
• Deforestation/loss of habitat
• Climate change
• Unsustainable agriculture

There are species in innumerable settings that are facing endangerment or

extinction. There has been damage to fish, arthropods (which are arachnids and insects), crustaceans, amphibians, corals, reptiles, mammals and birds.

According to EarthDay.org, there are approximately one to five species annually that become extinct, but scientists estimate that 1,000-10,000 times that rate are going into extinction every day. In some cases they disappear before humans discover them.

Over the last 28 years researchers in Germany have noted that insect species have dropped by more than 75 percent in that country, which is detrimental to plant life, as bees and insects are necessary for pollination. In addition, birds need these species for food.

And primates are disappearing also. They’re most similar to humankind, but 60 percent of the 504 primate species in existence are threatened with extinction, while 75 percent are in severe decline.

Due to overfishing, the ocean’s mammals are fading. Greater than 650,000 of them are seriously injured or caught up by fishing gear every year. Approximately 65 percent of pinnipeds, such as sea lions, and 75 percent of all whale species with teeth, which include porpoises and dolphins, are indirectly caught by fishing operations.

While the large cat family may not cross our minds much, their number is also declining. From tigers to cheetahs, big cats are killed for their skins and other body parts, mostly by hunters in China.

The importance of Earth Day awareness can be seen by every place on the human timeline. It was evidenced in early America, when there were bison across the United States – north to Alaska and south to Mexico. But their habitat is now less than one percent of the original.

Throughout the month of April this year, more than 3,000 cleanups were established in the United States for Earth Day 2021. Some of the partners in that effort were National CleanUp Day and Keep America Beautiful.

Data collected from Earth Day 2021 is laying the groundwork for a successful Earth Day 2022. Everything is expected to be scaled up to include more than 100,000 domestic events and one billion pieces of trash collected next year.

“The Great Global Cleanup will bring together millions of people around the globe to create the largest coordinated volunteer event in history,” Earth Day Network President Kathleen Rogers said. “We are excited to kick off in cities across the U.S. in 2021, and to expand globally in 2022 in honor of the 50th anniversary of Earth Day.” For more information, go to earthday.org/greatglobalcleanup.

Some of the Earth Day 2021 sponsors were huge corporations, including Kohl’s, Toyota, Burton Snowboards and Fetzer.

The upscaling efforts for Earth Day 2022 extend to global environmental causes as well. Billions of pieces of trash are expected to be collected and mobilization aimed at reducing waste and cleaning up all kinds of areas from urban spaces to waterways.

Some of the most common areas tackled by local citizens include parks, rivers, lakes, trails, beaches and neighborhoods. There are numerous ways to engage the community:
• Getting updates on progress in ending pollution caused by plastics
• Sharing ideas about reducing, reusing and recycling
• Downloading an Earth Day Action Toolkit
• Using a calculator to track the volume of plastic you use

Ways to Look Ahead from Earth Day 2021

Earth Day history has led to the formation of the Earth Day Network, an entity 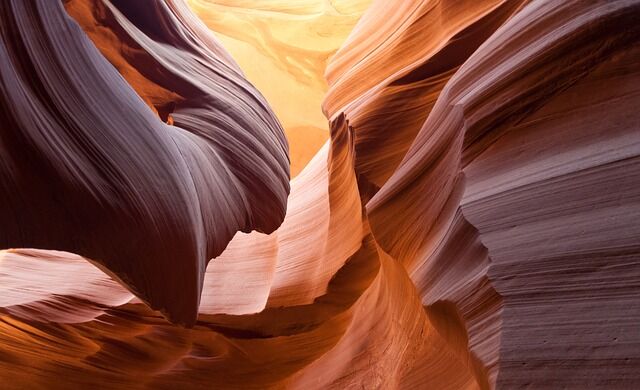 working year round – not just in April – to find solutions to climate change, put a stop to pollution from plastics and protect endangered species. The nonprofit organization seeks to educate the world and broaden what is the world’s largest environmental movement.

Right now they are counting down to the 50th anniversary of Earth Day next year, but you can create a personal trajectory today that lowers your carbon footprint and contributes to environmentally-friendly causes.

Volunteering to contribute to the improvement of your community’s environment puts your power behind the efforts of agencies and nonprofit groups. By galvanizing citizens in structured projects, large-scale efforts can produce solutions to ecological challenges. You can turn to governmental agency National Service for volunteer opportunities.

Some of the options suggested include:

• Volunteer at a local environmental charity

• Set up a recycling system for your home or workplace

Earth Day and Decisions about What You Drive

Though you may not think of it this way, when you pass down the car you no longer need, it’s a form of recycling, particularly if you replace it with a used vehicle. We can more easily see the advantages to recycling our clothing or home goods, but we also have opportunities to maximize the use of our vehicles by making them available to others and choosing wisely ourselves.

And you can really score one for the planet if you reduce your carbon footprint by downsizing your car from a gas-guzzler to a lighter, smaller, more fuel-efficient vehicle. You support the environmentally-friendly efforts of car companies as well as producing less pollution when you purchase a hybrid or electric car.

There are more and more companies manufacturing hybrids, but CarMax created a list of the best electric cars on the market last year: 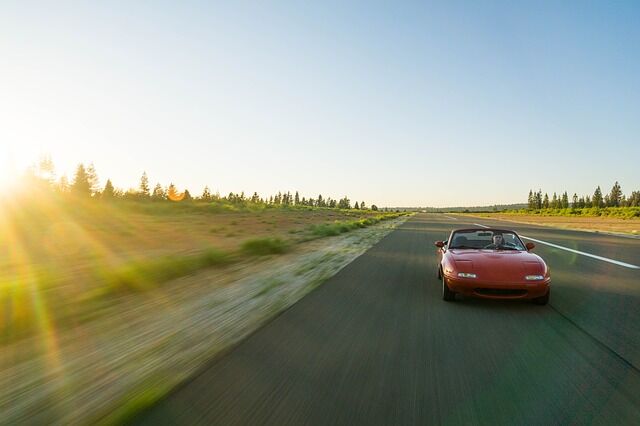 You can also donate a car to charity and directly benefit an environmental cause. Coastal Habitat Education Environmental Restoration, also known as CHEER, is a registered nonprofit organization with a mission to restore coastal ecosystems but still safeguarding resource-based local economies. CHEER believes that assessing and reconciling these interests so that each group profits by cooperation in restoration efforts is the key to more effective environmental programming.

You can donate a car to CHEER through Cars2Charities and send financial support to the work of the 501(c)(3) which includes negotiating conservation easements that are essential to pilot-project start-ups. It is supported by various funding opportunities for designated current and future projects.

The organization has a “mobile education unit” called the Coastal Watersheds Garbage Museum which teaches the community about damage done to California waterways. An interactive environmental exhibit uses a photo tour to display stages of destruction in areas including Monterey Bay and San Francisco Bay watersheds. It discusses fish trapping and garbage dumping, among other problems.

You can donate a car to Northern California Land Trust and provide affordable homes and community facilities for individuals of various means. Goals of this kind make available housing that’s affordable and sustainable, which are huge concerns in modern America.

The organization’s Community Co-Ownership Initiative is a partnership with the People of Color Sustainable Housing Network, or POCSHN, which means the value of the vehicle you no longer need can become a home for families who need a little help. They have expanded access to home ownership, offering leadership training to clients while also helping them develop new financial tools in the process.

If you have been to the Living Desert Zoo and Gardens in Palm Desert, you not only got an education about wildlife in a desert habitat, you also witnessed the results of a nonprofit aiming to protect, preserve and restore natural environments. A car donation to the Living Desert and Zoo Gardens supports conservation on many levels.

This charity takes care of the ecosystems and wildlife, while informing the public about action they can take to support environmental causes. Their mission involves promoting and ensuring that environmental energy and natural resource sustainability is available; collaborating with other conservation organizations around the world; and building populations of desert animals and plants threatened with extinction.

Since 1951, the Nature Conservancy has supported the protection of land and water for the health and sustainability of human life. Based in Arlington, Virginia, the nonprofit has taken on such challenges as land acquisition and developing a vision for diversity of life.

Another way to celebrate Earth Day is to support this science-based, innovative cause with a car donation through Cars2Charities. Protecting nature is the heart of its work and there’s inherent accountability to ensure the value of a car you don’t 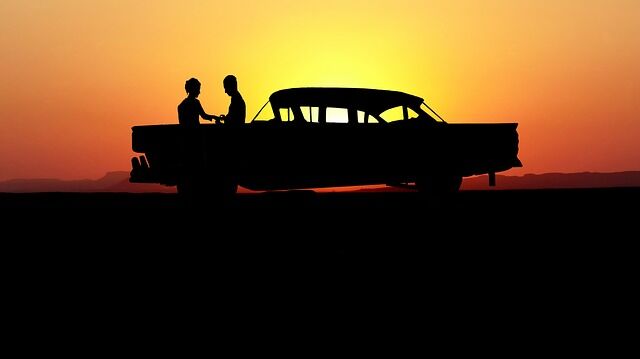 need is going to an honest organization.

The 501(c)(3) has a high global charity rating because of its transparency and successful outcomes. You have access to its privacy policy, as well as conditions to prove that a car donation to the Nature Conservancy is an effective use of your money.

Celebrating Earth Day is really more of a lifestyle choice, and it’s not limited to one day in April. If you’ve been thinking you’d like to expand on your contributions to the cause of environmental sustainability, you can change course by changing your routine.

For some people it may mean beginning a practice of yoga to relieve stressors and to develop a sense of practicality, making do with less. For others it may involve hiking or other activities that bring them closer to nature.

For everyone it can involve using fewer resources and finding more environmentally healthy tools for such necessities as dining. With these kinds of decisions you make Earth Day 2021 usher in new promises with the dawn of Earth Day 2022.

More in this category: « Secrets to Maximizing Your Tax Deduction Rewarding Our Educators: Teacher Appreciation Week »