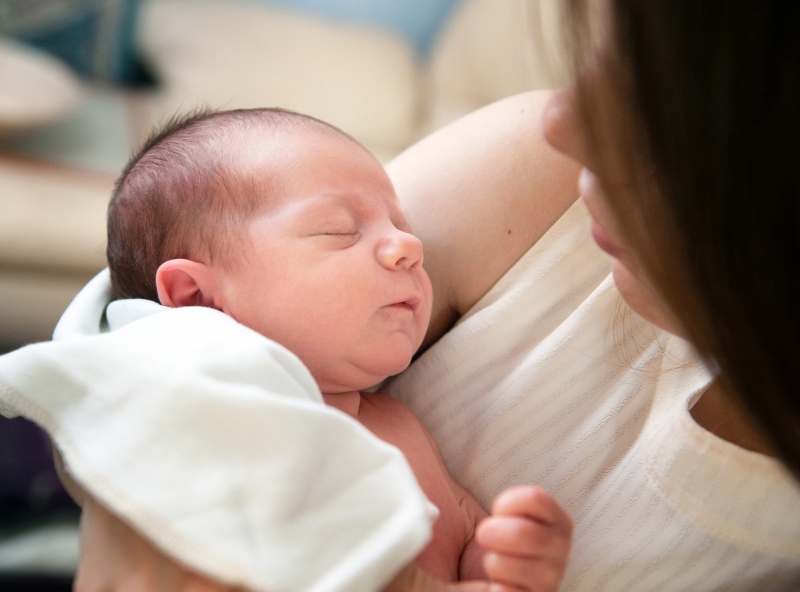 The Mother's Day holiday dates back to 1908, when Anna Marie Jarvis of West Virginia suggested that Americans create an observance of mothers.

A complete Mother’s Day history – the start of officially recognizing the women who gave birth to us – requires going back to ancient times.

The ancient Greeks and Romans celebrated mother goddesses Rhea and Cybele through festivals, according to the History Channel website. Rhea was a Greek Titaness figure, a mythological daughter of the earth goddess Gaia. Cybele is a more universal mother from the Roman province of Phrygia. 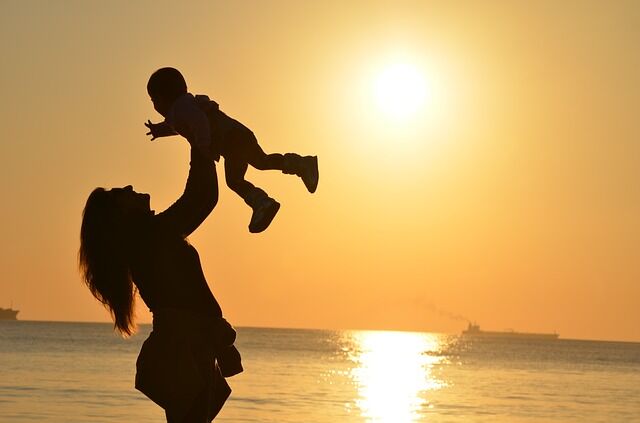 The Christians made it sacred by establishing “Mothering Sunday” on the fourth Sunday of Lent, communicating the idea that congregants return to their mother church for a special service. This tradition was strongest in the United Kingdom and other parts of Europe.

Mother’s Day 2019 is, of course, a secular celebration, which it became in due course, where kids would give their mothers flowers and other gifts of appreciation. By the 1930s and ‘40s it began to look much like the American Mother’s Day we are accustomed to celebrating.

Anna Jarvis launched the idea in 1908, approximately three years after the death of her mother, Ann Reeves Jarvis, who was an activist who drew attention to issues involving women. The elder Jarvis, who lived before the Civil War, created “Mothers’ Day Work Clubs,” where local women could gather to learn superior childcare practices.

Ann Reeves Jarvis also established “Mothers’ Friendship Day,” which united women from both sides of the Mason-Dixon line after the war. She was a contemporary of Julia Ward Howe, a suffragette and abolitionist who wrote a “Mother’s Day Proclamation” in 1870 with the purpose of uniting women to promote world peace. Howe also campaigned for a “Mother’s Peace Day” to be established and celebrated on June 2 every year.

Also adding legs to the idea for a Mother’s Day movement, in the 1870s another activist, Juliet Calhoun Blakely, was a catalyst for the establishment of a Mother’s Day celebration in her own community of Albion, Michigan.

Both Ann and Anna Reeves were active in the Andrews Methodist Episcopal Church and it was a closing prayer that Anna heard her mother deliver that gave her inspiration for a Mother’s Day tribute:

“I hope and pray that someone, sometime, will found a memorial to Mother’s Day commemorating her for the matchless service she renders to humanity in every field of life. She is entitled to it.”

The young Jarvis got funding from department store owner John Wanamaker in Philadelphia and in May 1908 held the first Mother’s Day celebration at her home church while another was held at one of the businessman’s stores.

She campaigned to make it official, arguing that American holidays only celebrated men, but on a larger scale, she also established the Mother’s Day International Association.

Mother’s Day history in America finally began when it was signed and put in place as a proclamation from President Woodrow Wilson in 1914.

Anna Jarvis never married nor became a mother herself, and her connection to Mother’s Day ended with irony. While she saw Mother’s Day as a personal celebration relegated to families, it became much more than individuals attending church services wearing white carnations to honor their mothers.

Greeting card companies and florists popularized it, which turned it into a commercial holiday. The very industry that Jarvis engaged when attempting to launch her campaign – florists – became a thorn in her side.

Anna Jarvis denounced American Mother’s Day in 1920, even starting a full opposition to its profiteers, including candy makers, florists and card companies. She incited lawsuits against those using the words “Mother’s Day” and by 1948 when she died, she was lobbying the government to remove it from the official calendar.

Mother’s Day Around the World

There are more telephone calls on Mother’s Day than any other day of the year, sometimes rising by 37 percent over other averages. It makes sense, as people 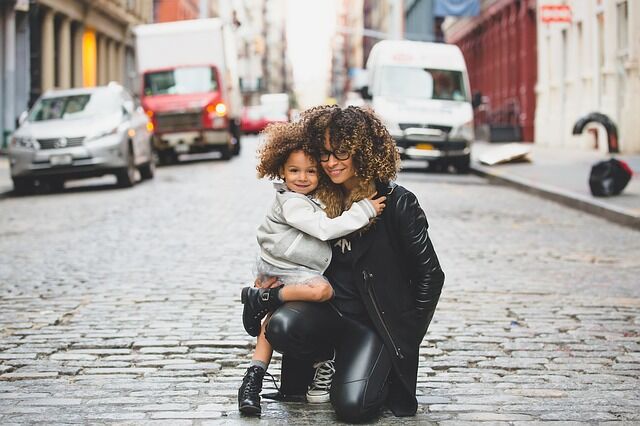 across the globe acknowledge a special day for mothers.

In Ethiopia there’s a festival honoring motherhood at the end of the fall, when participants sing and a large feast is consumed as they celebrate over several days, explains an article on Care.com. Called Antrosht, it marks the end of the rainy season, so family members are able to come home to the celebration. The daughters are responsible to bring the cheese, vegetables, butter and spices. A mother’s sons bring the meats, which typically includes lamb or bull. These ingredients are combined to create a traditional hash.

Citizens in Brazil celebrate Mother’s Day in a commercial way, second most prominent to Christmas in their country. Held the second Sunday in May, children perform and church members gather, culminating in large barbecues bringing together multiple generations.

Carnations are a part of Japan’s Mother’s Day celebration, as they signify their mothers’ gentleness and strength. Also held on the second Sunday in May, art contests feature the work of kids who create reflections of their mothers and people pamper their moms, often showering them with flowers and cards, like we do in America.

In Germany it’s called Muttertag and mostly involves cards for Mom today. The holiday had great significance during World War II in recognition that mothers provided children for the Fatherland. There were medals awarded to moms, the number based on the number of children each woman had in her household. Mother’s Day 2019 looks more like it does in America – women are given cards, flowers and gifts while the family gathers for meals.

Peru has adopted some of the cultural aspects of Mother’s Day that their northern partners in the West have as well. Celebrated the second Sunday of May, families unite for meals and give Mom chocolate and other gifts, while there is a gift exchange between mothers and their kids. The Andean people of Peru have their own celebration of Mother Earth, whose name is Pachamama, and it’s held in early August. She brings fertility to couples, but this mythological goddess is also capable of causing earthquakes. The day of celebration is called Martes de Challa.

Carnations and chrysanthemums play a part in Australia’s Mother’s Day. Using the same celebration day as America’s, they also bring gifts to “Mum,” (which explains the use of mums). They celebrate their grandmothers and aunts that day as well, and there are often events to raise money for nonprofit women’s causes.

Hindus in India celebrate Durga, the Divine Mother or goddess over 10 days. The Durga Puja festival is held in October and celebrates the triumph of goodness over evil. Family members exchange gifts and hold feasts throughout the celebration. India has a diverse population, so a Mother’s Day is also held by residents with more westernized practices. More like the celebration in America, on the second Sunday in May they recognize the importance of mothers and their sacrifices.

Serbian families celebrate mothers in December, when other holidays are held, including Father’s Day and Children’s Day. They set aside three Sundays for these family celebrations. One Sunday is dedicated to mothers and involves tying them up in a rope until they make treats for the family. On Children’s Day it’s the same, but the ropes come off when kids agree to behave. For fathers, they remove the ropes when Dad buys them Christmas gifts.

Acknowledging the universal burden of housework, mothers typically respond positively to help with chores. Creating a house chore coupon book is not only a customized, personal effort, it’s free. You can also spend a few dollars and have it 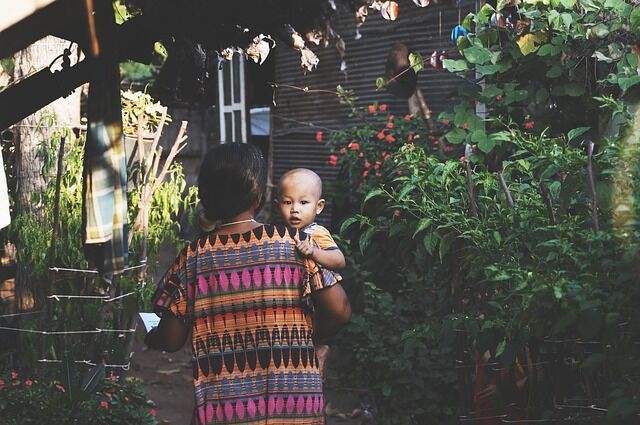 It’s the purchase made around the world: flowers for mom. If she’s a flower fanatic and you have it in your wallet, you can always set up a year of deliveries.

Give her a “spa day.” Whether you choose a chain like Massage Envy or support a local business, there are numerous locations offering spa treatments, some with high-end, luxury services. Some of Glen Ivy’s signature treatments are:

And, of course, they also have facials, nail care and other services. And even more appropriate for Mother’s Day 2019 – Glen Ivy offers a New Mum Massage.

“What I Love About You” journals can bring a tear to her eye. You may have seen these fill-in-the-blank books at Barnes & Noble or online at Amazon. When you don’t have the words to craft a poem or prose sentiments yourself, the prompts help you communicate how you feel from deep inside.

Oil diffusers are hot items for Mother’s Day 2019. Creating atmosphere through scent is a primal, mood-affecting practice and a lot of women love it. If she already has a system, all you have to do is buy her new oils.

For moms who say, “I don’t need any more stuff,” there’s a surefire way to her heart: donating to charity in her name.

If you tried this method in the past – maybe purchased a couple of goats for someone in South America – you could try something new this year. You can donate to women’s charities. It sounds simple, but when you support women’s charities you do more than just provide resources. Studies show there are soulful benefits for both parties and even boosts to your physical health!

The Domestic Violence Center of Santa Clarita is a place for women and children to find safety when they feel trapped by circumstances beyond their control. When family members are threatened, they need a strong support system to not only make changes to their physical placement, but emotional counseling to sort out the particulars. The SCV Domestic Violence Center has a safe house in addition to the powerful benefit of working with the Child & Family Center for support services.

Whether it’s a mother with bipolar disorder, a messy divorce situation or a child failing in school, the Child and Family Center in Santa Clarita is prepared to provide what its clientele need. With a host of professional services under the guidance of medical personnel from psychiatrists to case workers, this active nonprofit was established more than 40 years ago.

On top of safe spaces and counseling, women who are raising kids alone have great needs. Single Mothers Outreach offers an outpouring of love, strength and education for moms in need. If you donate to SMO, you honor both your own mother and those who are having trouble providing their children the love and care you were privileged to have. It’s an easy way to dovetail your Mother’s Day 2019 celebration into providing a future that gives the next generation reasons to celebrate as well.

You know that contributing to almost any charity that provides food support is reaching women and children – most likely, above others. Food for the Hungry is a good example. Women, children and men can benefit from this Christian agency designed to meet the physical needs of those without enough money to feed themselves. There are 20 countries benefiting from Food for the Hungry, which is also educating families about agriculture, health and child development. This organization seeks to bring lasting care and hope to impoverished communities around the globe.

You can donate a car to charity, as well. In some ways, turning over the value of 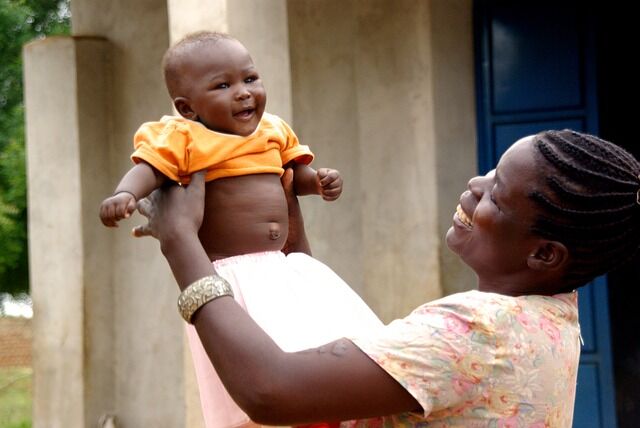 your vehicle to a charity is better than writing a check. You still get the tax write-off and you gain the added advantage of having someone else tow away the car you don’t need and filling out all of the paperwork for you.

Cars2Charities has been processing car donations for 30 years, making nonprofits happy with additional support, while making clients happy because of how easy it is. And because our process tends to garner higher selling prices for our clients’ cars, they get a bigger tax write-off.

Choosing Mother’s Day to donate a car you don’t need is certainly a unique way to celebrate Mother’s Day 2019. You can go with the same-old, same-old or you can look outside the box and try something new this year. Either way – she’s special.

More in this category: « Rewarding Our Educators: Teacher Appreciation Week Nevada Nuptials: How to Get Married in Vegas »