When fires rage and people need help, we sometimes forget that donations can go towards both residents and fire fighters affected by the damage of fires.

The California Fire Foundation is a non-profit organization providing emotional and financial support to families of firefighters who fall in the line of duty, at the same time supporting other victims of natural disasters.

Professional firefighters in the state of California formed the Foundation in 1987 to aid in the aftermath of devastation from fires and the suffering that results. From the losses experienced by California fire victims to the sacrifice made by families of firefighters, there are unmet needs on every side of the equation.

Those with resources can become a part of the healing process through nonprofit agencies such as the California Fire Foundation. 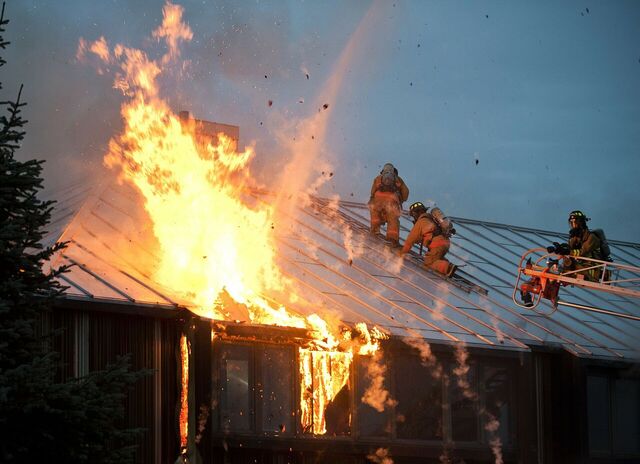 When the public becomes keenly aware of the devastation of a natural disaster, its’ easy to remember donations for fire victims, but forget the sacrifices being made by the firefighters and their families. The California Fire Foundation constructed the California Firefighter Memorial, which is a public symbol of the work of first responders. It reminds our citizens of the dangers they face when they battle wildfires and protect citizenry in other ways.

California Last Alarm Service Team, known as Cal-LAST, was developed to provide support to fire departments that have lost one of their members in the line of duty. The team arrives to comfort individuals going through the grief process while providing the administration skills necessary to access funding through state and local benefits.

Funded by the Department of Justice, Cal-LAST values:
• Family and department above all
• Ask first, act later, tread lightly
• Maintain transparency
• Assist, do not take over unless requested
• Do all things well
• Provide accurate and timely information
• Personal and organizational integrity are paramount
• Honor, dignity and respect at all times

The Fire Foundation also contributes to scholarship and grant programs. Children of a fallen firefighter who are younger than 27 years old can apply for the Daniel A. Terry Scholarship, which offers financial support for higher education. The Foundation raises money to provide grants to individuals needing to take the Firefighter Candidate Testing Center, or FCTC, Physical Ability Test or written exam, but do not have the finances.

The nonprofit also funds the National Child ID program, which seeks to benefit the search for the nearly 800,000 kids reported missing each year. That’s one child every 40 seconds that parents or other family members are hoping to recover.

Supplying Aid to Victims of Emergency, or SAVE, is a program reaching out to such victims as those who survived the recent California wildfires. Mastercard gift cards are handed out to people who need to replace lost items and purchase groceries.

Prevention is also an important goal for the California Fire Foundation. Firefighters on Your Side provides education to help lower the chance of mistakes that people make simply because they aren’t informed. Sometimes these cause fires that end up costing lives and resources.

The fires of 2017 were lesson enough in the need for adjustments to address climate change, which has been affecting issues from wildfires to flooding. The Foundation provides fire prevention funding to make the kinds of adjustments needed to further the goal of reducing the likelihood of disasters.

responders who are battling fires while their own homes are impacted by natural disasters.

The Foundation designed, built and maintains a memorial at the Sacramento State Capitol in Northern California. It’s a tribute to California firefighters who have lost their lives in the line of duty since the state’s inception in 1850, and it currently totals more than 1,300 individuals.

The Memorial had its inception in 1992 when the California legislature passed a bill authorizing the presence of the memorial on the grounds of the Sacramento State Capitol. The physical structure of the California Firefighters Memorial was dedicated in 1995 and has three aspects to it.

The Memorial Wall is a wall made of limestone which lists every firefighter who died while on duty. It’s two-sided and has bronze statues on each side.

The “Fallen Brother” is a statue made of bronze that sits next to the wall and depicts a firefighter who is removing a fellow firefighter through flames.

“Holding the Line” is the name of a statue of four firefighters who are using a hose line to fight a fire.

Every year for almost two decades, the Foundation holds a ceremony to honor the bravery of their colleagues who died in the line of duty. The California Firefighter Memorial Ceremony is held on State Capitol grounds and the names of additional fallen firefighters become a part of the listing on the wall. 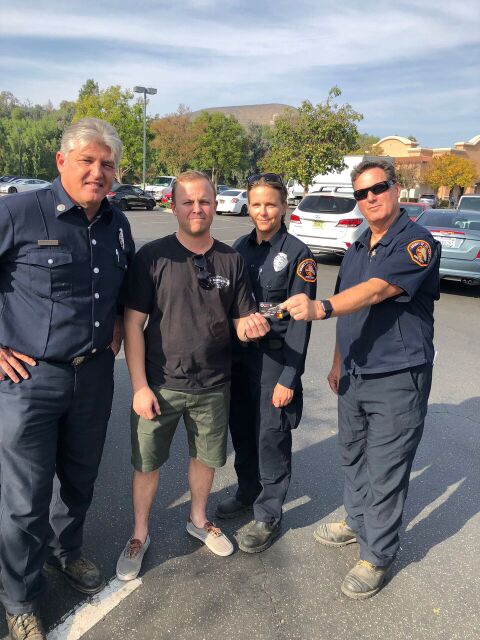 SAVE is a fire service charity program providing for victims of natural disasters.

SAVE stands for Supplying Aid to Victims of Emergency and is a service to provide short-term financial assistance to California natural disaster victims. To suffer the losses of fire, flood, earthquake or disaster is impossible to imagine unless you’ve been affected as well. The grieving process is painful for those who suffer collateral damage, such as losing a loved one.

The California Fire Foundation implements the SAVE program to offset the hardship caused by the financial hit victims endure from the aftermath of wildfires. These experiences are not only emotionally damaging, but also affect finances and physical challenges.

Through the program, the Foundation seeks to provide immediate support following a fire or other natural disaster to displaced victims. Firefighters from up and down the state work together with the CFF, firefighters throughout the state of California, will distribute gift cards, in an amount designated by CFF at a minimum of $100, to eligible victims of fire or other natural disasters so they may purchase basic necessities such as food, clothing or medicine.

A firefighter donation through the California Fire Foundation is a way to fund more public education about issues related to fire safety.

The nonprofit provides free online resources that help educate the public on fire safety, evacuation plans, and staying safe on the roads. They also provide resources for victims of wild fires by informing them of the various programs offered throughout California.

These are the kinds of programs you support with donations to fire victims through te California Fire Foundation.

In a collaboration with PG&E, the CFF has a safety campaign reminding homeowners and contractors to call 8-1-1 before digging. It’s an information line with fire safety messages in multiple languages. The messages come from firefighters themselves.

One of the CFF’s fire safety taglines is “Get Ready, Get Out, Get Help!” It’s another attempt to offer individuals with language barriers the chance to gain the necessary preparation for disasters like fire.

Some of their effort has been directed at meeting needs in the Chinese communities. The Foundation has partnered with fire unions and departments to bring their safety messages to Chinese individuals living in America. There is printed information as well as public service messages provided.

In an attempt to curb the number of auto collisions with emergency vehicles, the California Fire Foundation sponsors an information campaign regarding street safety. They have produced video public service announcements that are available to local affiliates through FireStar Productions. Two of them discuss the need to pull over when a driver sees lights and hears sirens.

There are many means to donate to firefighters and California fire victims.

The California Fire Foundation accepts donations on an ongoing basis or as a one-time gift. They can total anywhere from $25-$1,000. It gives donors the opportunity to play a part in fire prevention by supporting the work of the 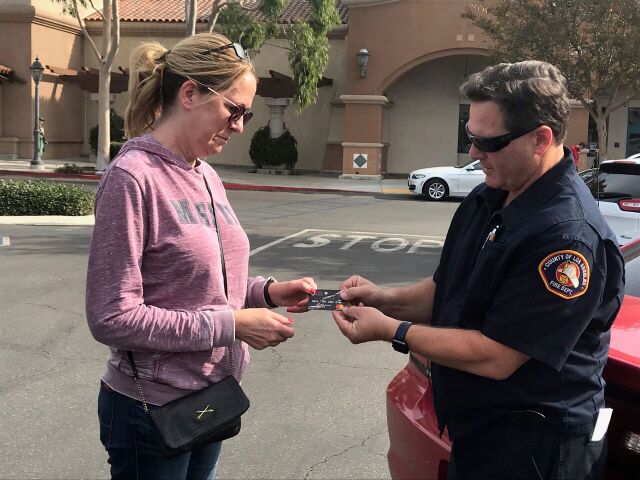 Financial support for the Foundation also contributes to scholarships for the children of fallen firefighters. Though you may not know a firefighter’s family personally, you can be personally involved in caring for them when they have experienced a loss of life on the job.

A donation to fire victims and residents who lose their homes due to mudslides is made possible through CFF. And because it’s a 501(c)(3) nonprofit, donors receive a tax deduction for the gift.

You can also make a purchase to support the California Fire Foundation. When you order a $50 personalized firefighter license plate, it send proceeds to the Foundation.

In an effort to enlist help from every avenue conceivable, the California Fire Foundation will accept car donations to fire victims. By donating your used or unwanted vehicle to Cars2Charities, proceeds from the sale of your car, truck or SUV goes to support the nonprofit.

We handle the pick-up and the paperwork of your car donation to fire victims and firefighters – even the title transfer. You can also donate a boat, golf cart or RV to support the cause. After the donation vehicle is sold, a donation check is sent to the California Fire Foundation, and you receive your tax deduction!

Find out more ways to get involved and help support the California Fire Foundation by attending their events.

It’s easy to feel the weight of devastation when fire sweeps through a town or city and destroys tens of thousands of acres in the process. You can see the needs when you turn on your news channel or look at your pone.

When nonprofits do the legwork – arranging easy, reliable, trustworthy means to contribute, you become an active participant in giving comfort to your fellow man and woman. In the case of California wildfires, there are many ways to make donations for fire victims – even through a singular charity, the California Fire Foundation.

More in this category: « Impressive & Inexpensive: This Year’s Guide to Gift Giving Taxes- the history, the process, the deductions »