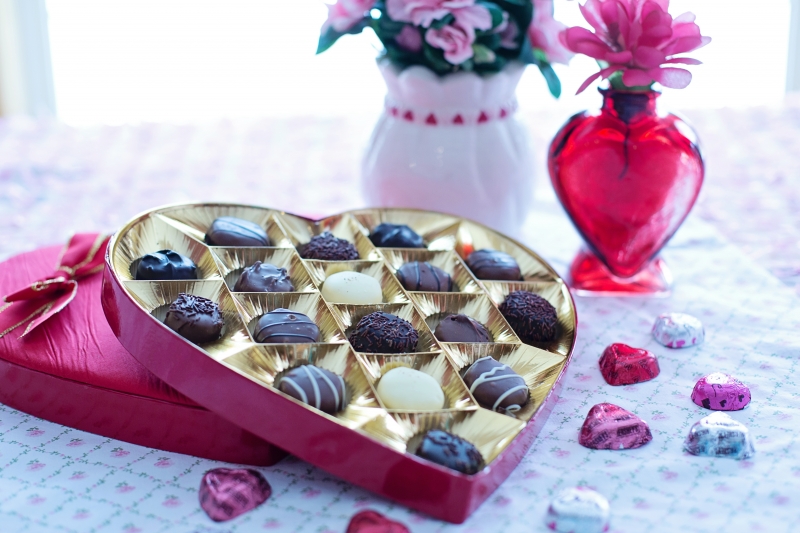 One thing Valentine’s Day does a good job of proving is that love makes the world go ‘round. Some version of a holiday that “celebrates love” is embraced in countries across the globe, in more regions than you may realize. And it comes into plain view when you look at Valentine’s Day fun facts both within and outside the United States.

We all recognize Valentine’s Day as an opportunity to share our love with someone special, typically a significant other. Most of us think of chocolate and flowers – roses, mostly – and romantic dates with gifts of jewelry or intimate clothing.

But how did it all begin?

There are various theories about the origin of Valentine’s Day, which stems from long before Hallmark placed the date on our calendars.

According to Encyclopedia Brittanica, St. Valentine’s Day began as the Roman festival called Lupercalia, which was held in mid-February and commemorated the arrival of spring. The celebration included rites of fertility, where men and women were paired up by lottery.

Pope Gelasius in the late 5th century changed it to St. Valentine’s Day and it shifted into a holiday about romance in the 1300s. 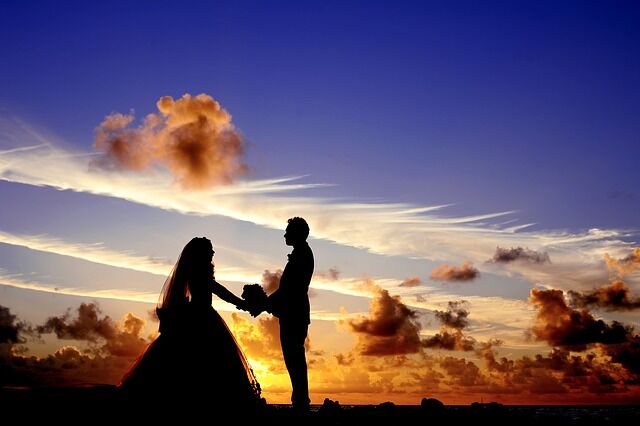 Among many martyrs named Valentine, it’s thought that St. Valentine’s Day was named for a priest martyred by Emperor Claudius II Gothicus in the year 270. As the legend goes, he had befriended the daughter of his jailer and signed a letter to her “from your Valentine.” Some accounts say he also had healed her from blindness.

Another possible origin of Valentine’s Day is a saint named Valentine who married couples in secret so the husbands wouldn’t have to go to war. He was defying the emperor’s orders and, thus, placing himself in danger.

The evolution of Valentine’s Day history continued to be recorded, says an article on the Historic UK website.

A French citizen, Charles the Duke of Orleans, wrote to his sweetheart from the Tower of London after he was captured during the Battle of Agincourt in 1415. In a poem enclosed he referred to her as “my very sweet Valentine.” A few hundred years later, beginning in the 16th century, Valentine greeting cards were exchanged, and they became a regular part of Valentine’s Day traditions in 1601. William Shakespeare writes about the holiday in “Hamlet” with Ophelia’s comment:
“To-morrow is Saint Valentine’s day,
All in the morning betime,
And I a maid at your window,
To be your Valentine.”

Valentines became commercially printed in the United States about 200 years later. One of the most common icons for the holiday was initially, and still is, Cupid – the Roman god of love, and the main symbol is, of course, the heart.

A book was published in 1797 entitled “The Young Man’s Valentine Writer,” which offered lovers some guidelines for effective communication with their sweethearts. 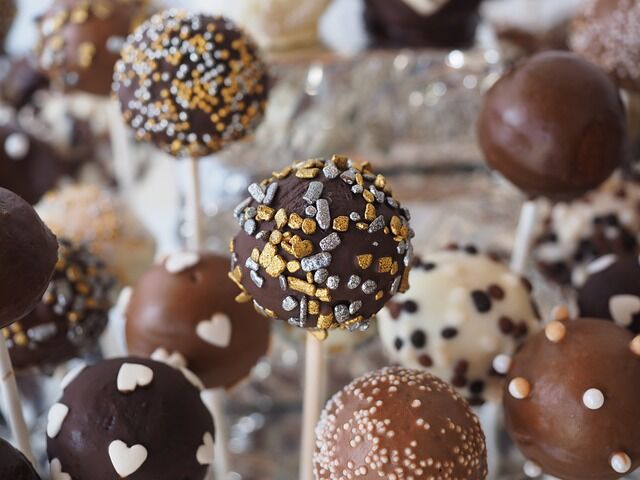 Inside were sample rhymes, so they didn’t have to compose original ones.

When the Penny Post was created in 1840, anyone could afford to send greeting cards, including Valentines. That’s when they began mass producing them with pictures and verses.

Valentine’s Day is a popular holiday in the United States, with approximately 190 million cards sent yearly – just for this February holiday. But it has a following all over the world, as there’s an estimated 1 billion Valentine cards sent across the globe. Other countries with celebrations include South Korea, Great Britain, France, Argentina, Mexico, Australia and Canada, among others. The way it’s celebrated, however, is different in other countries.

South Korea
Valentine’s Day is a big part of South Korean culture – in fact, it’s part of a much bigger celebration. It begins on February 14 and continues until the month of April, during which there are 12 “Love Days” and Valentine’s Day is one of them.

Women get to be on the receiving end of gifts on White Day, which is March 14. It began more than 30 years ago in Japan, when men were encouraged to communicate their affection for their significant other through sugary sweet edibles and other gifts, typically white. Some of the usuals are white chocolate and lingerie, but some people include dark chocolate and lollipops, etc.

There’s a “rule of three” that some Koreans follow, which says that the present a man purchases for a woman on White Day has to be three times the value of the gift he received from her on Valentine’s Day.

Black Day, held April 14, carries a tradition for individuals to mourn their status as singles. It applies to those who don’t receive gifts on Valentine’s Day or White Day – they get together for Black Day and eat Jjajyangmyeon, or black bean-paste noodles. It’s a kind of “sad singles” celebration for 20-somethings.

Most of the money changing hands during Love Days in South Korea is spent on Valentine’s Day and White Day. While the one-day experience on February 14 resembles American traditions including gifts of flowers and candy, the country’s Valentine’s Day has a twist. In the case of South Korea, it involves women giving presents to the men.

On February 14 women primarily give chocolate to their male partners to communicate affection. It’s a day for both members of the couple to share, and several retail stores have special merchandise and displays for the holiday. Some of 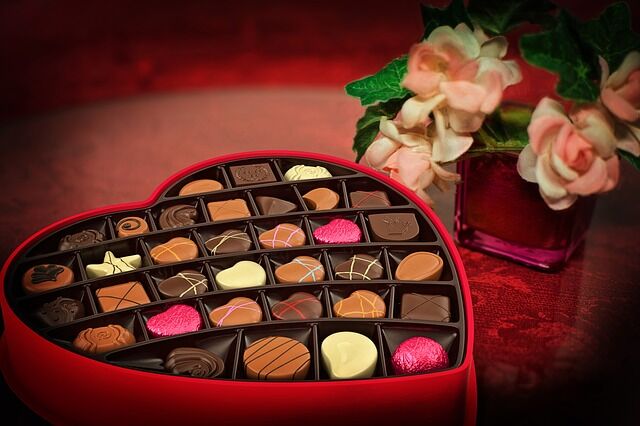 the most popular candies are Ferrero Rocher, Twix and Chupa Chups.

Other relationship celebrations on the calendar in South Korea include Diary Day in January, Rose Day in May, Kiss Day in June, Silver Day in July, Green Day in August, Photo Day in September, Wine Day in October, Movie Day in November and Hug Day in December.

India
Business Today Magazine says that an increasing number of Indians are including travel in their Valentine’s Day traditions. Travel agency Thomas Cook India has research showing a rise in bookings of 27 percent in recent years.

Travel on or near the Valentine’s Day holiday in India are mostly departing from Delhi, Bangalore, Pune and Mumbai. Travelers seem to be heading to distances as far as Morocco and South Africa, as well as parts of Europe such as France and Italy. Short-distance travel takes couples to such destinations as Malaysia, Sri Lanka, Abu Dhabi, Indonesia and Thailand.

Most Valentine’s Day travelers are millennials – a total of 47 percent, according to Business Today. They spend their holidays bungee jumping, zip lining, and enjoying water sports and activities from kite boarding, to wind surfing and snorkeling.

China
Valentine’s Day brings economic advantages that Chinese retailers count on. Decorations are popular purchases and the holiday can dovetail with Chinese New Year celebrations. The Presbyterian Blue Stocking, an online newspaper from Presbyterian College in South Carolina, consulted Chinese student Baofang Zhang to report about the practices in China. He said it’s similar to the Valentine’s Day traditions in the Western Hemisphere, but it crosses over with the Qi Xi Festival, or Tanbata Festival, which is an ancient celebration stemming from the Han Dynasty. It’s referred to as the Double Seventh Festival, as it occurs on the seventh day of the seventh month on the Lunar calendar, which is the schedule followed by the Chinese. It’s a celebration of an annual meeting between star-crossed lovers, which is explained in a story. Zhang explained in the newspaper:

"Long, long ago, there was an honest and kind-hearted fellow named Niu Lang the Cowhand. His parents died and ... he was driven out of his home by his sister-in-law, so he lived by himself, herding cattle and farming. One day, a fairy from heaven, the Weaver Maid, fell in love with him, came down secretly to earth, and married him. The cowhand farmed in the field and the Weaver Maid wove at home. They lived a happy life and gave birth to a boy and a girl. Unfortunately, the God of Heaven soon found out they were married and ordered the Queen of Western Heavens to bring the Weaver Maid back. With the help of celestial cattle, the Cowhand flew to heaven with his son and daughter. At the time when he was about to catch up with his wife, the Queen Mother took off one of her gold hairpins and made a stroke. One billowy river appeared in front of the Cowhand. The Cowhand and Weaver Maid were separated on the two banks forever and could only feel their tears. Their loyalty to their love touched the magpies, so tens of thousands of magpies came to build a bridge for the Cowhand and Weaver Maid to meet each other. The Queen was eventually moved and allowed them to meet each year on the 7th day of the 7th lunar month. They became two stars in the sky, called Altair and Vega.”

Thailand
This country in southeastern Asia launches its celebration before the rest of us. The entire month of February is devoted to special celebrations, including romantic dinners, chocolates and gifts. It’s a popular time for individuals to propose and travel industry companies to promote travel associated with Valentine’s Day traditions.

UK
The site Historic UK says that Geoffrey Chaucer brought the idea of “love birds” to the holiday back in 1382. In “Parliament of Fowls,” Chaucer writes about the engagement of Anne of Bohemia to King Richard II in a poem including, “For this was on St. Valentine’s Day, when every bird cometh to choose his mate.”

English women are encouraged to put bay leaves on their pillows on February 13 to help them dream of their future husbands. A character called Jack Valentine knocks on doors and upon answering it, children find small candies and gifts on their porches.

Italy
When young women in Italy wake up before the sun on Valentine’s Day, there’s a 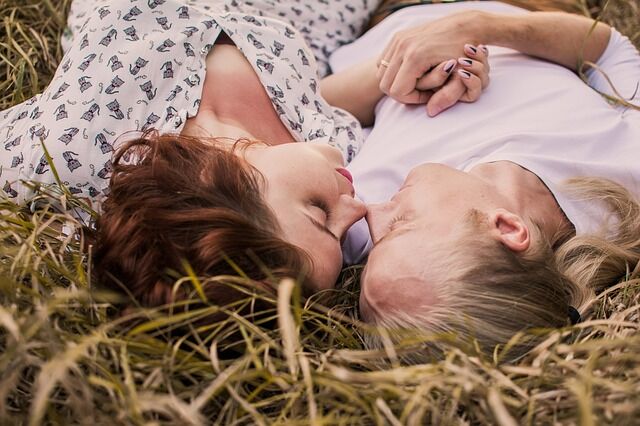 tradition declaring that the first man they see is the man they will marry, or at least an individual who looks like him, sometime within the year.

There is a traditional chocolate candy associated with Valentine’s Day in Italy. Couples exchange Baci Perugina, which contains chocolate-covered hazelnuts wrapped in a romantic note with a quote in four languages.

It’s thought to be based on the pagan customs associated with the Thracian god of wine, Dionysius. Trifon Zarezan was a legendary wine grower with an involved plotline. The real St. Trifon was a martyr who died during Roman persecution of Christians.

It’s a robust enough holiday that there are websites devoted to celebration resources for Trifon Zarezan Day such as lists of holiday packages at hotels and resorts.

South Africa
Women in South Africa wear shirts bearing the name of someone they admire and they pin hearts on their sleeves.

Ghana
The Republic of Ghana in West Africa has a holiday on the same day – February 14 – called “National Chocolate Day.” They created it in 2007 to boost tourism in the country. 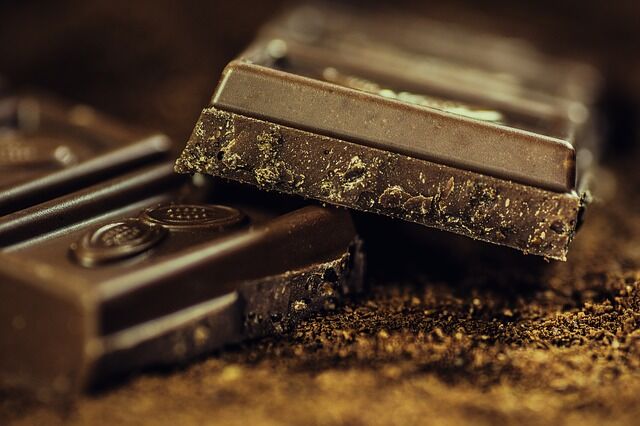 According to the Ghana News Agency, the Ghana Tourism Authority collaborated with the Cocoa Processing Company to launch the 2019 National Chocolate Day. The commemoration is aimed at promoting the chocolate industry. The country has been successful at shifting the attention from Valentine’s Day to Chocolate Day. Ghana Minister of Tourism Arts and Culture Catherine Abelema Afeku released a statement claiming the boost in tourism is leading to substantial improvement in the economy, including a benefit to the cocoa industry.

Like many things, there is more that unites widely varying cultures than the aspects that divide us. One of those is the existence of meaningful celebrations during holidays. Possibly because it’s not steeped in religious tradition, Valentine’s Day is one of those. It’s no surprise it would be an emphasis on love that would bring the world together.

More in this category: « 14 Ways to Say I Love You This Valentine’s Day Black History Month: Knowledge is Power »