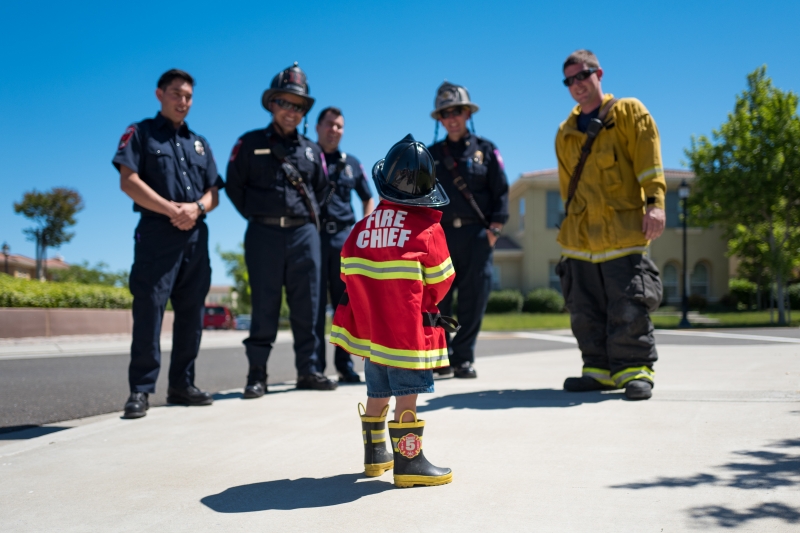 By the time the Camp Fire in California was finally 100% contained, donations for fire victims were pouring in, as millions watched news reports of the more than 150,000 acres burned. 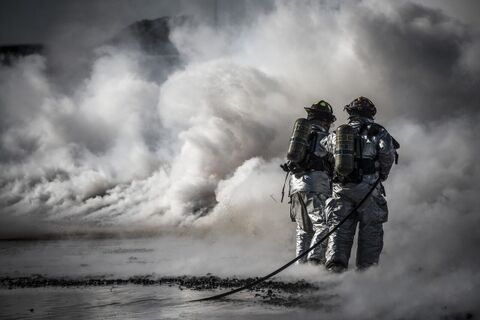 There were thousands of grieving victims of the wildfires in Paradise, California, who were living in emergency shelters, campsites and hotels, trying to regroup while suffering the loss of everything.

The deadliest fire in California’s recorded history, the Camp Fire killed nearly 100 individuals, while many remained on a “missing” list. More than 13,500 homes and more than 500 commercial structures were burned.

Collecting donations for fire victims gives friends and neighbors the chance to provide hope and healing to those who are suffering. While you may feel some relief that your house is still standing, there are many ways to channel empathy for those who have experienced loss and couldn’t save their belongings, heirlooms, photos or anything else.

Even perfect strangers want to find ways to make California fire donations through reliable programs to offer fire relief to those who are suffering. Donations for fire victims take many forms – the hard part is choosing which organization best supports those you choose to benefit.

When you know the best firefighter charities in the state, or in the city in which you live, your contributions can have a serious impact. You want to know that when you share your money it’s going to a good cause, which means you want reputable non-profits to receive your contribution.

You Can Donate to Firefighters Directly

First responders are often fighting devastating fires while their own homes burn to the ground. According to the Fire Rescue 1 website, in this year’s Butte County blaze there were 53 Paradise firefighters and 17 members of the police force who lost their houses.

The best firefighter charities are non-profits that get the money where it’s needed, and there are many to choose from, including:
• International Association of Fire Fighters Foundation Disaster Relief Fund
The IAFF accepts donations to offer monetary support to firefighters who have personally suffered because of the fires.
• National Volunteer Fire Council’s Volunteer Firefighter Support Fund
This directly contributes to emergency personnel and firefighters who have lost homes in the wildfires.
• Ventura County Community Foundation’s Sudden and Urgent Needs Fund
Also known as SUNF, the foundation provides $5,000 grants to non-profits who help victims of the Camp Fire and Hill Fire.

One of the non-profit’s projects is the California Firefighters Memorial, which was designed and built to memorialize fallen firefighters at the Sacramento State Capitol. On an ongoing basis, the CFF supports families of firefighters killed in the line of duty by providing emergency supplies and education assistance to their children.

You can also donate to firefighters through specific, local fire departments.

The area where you live may have a foundation specific to your town or county. Firefighters from the recent devastating California fires have non-profit organizations to serve those who suffered injury on the job.

There’s a foundation benefiting firefighters in Monterey, California, which you can choose to support directly or through a car donation to MFFCF. The International Association of Fire Fighters Local 3707 has a non-profit entity called the Monterey Fire Fighters Charitable Foundation.

The organization is dedicated to providing relief to fire victims, as well as taking care of their own members. You can find out more about making donations for fire victims through Monterey Firefighters on the website. 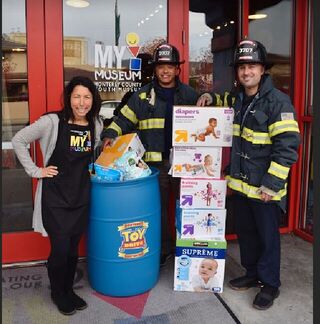 The Los Angeles Fire Department Foundation and the Widows, Orphans & Disabled Firemen’s Fund takes care of families of firefighters when they have lost their lives or been injured while fighting fires.

To assist the Northern California first responders, the North Valley Community Foundation is able to process donations for fire victims. It helps public safety personnel who are suffering losses from the Camp Fire. Specifically, it includes sheriff deputies, police and fire workers and those in related departments who have lost their homes. Based in Chico, California, the NVCF supports evacuation centers in the area through its resources.

There’s a GoFundMe for ambulance crews of Butte County. A group from the California Ambulance Association created a GoFundMe page for the 25 employees and their families who lost their cars, houses and other possessions due to the Camp Fire. The goal was set at $50,000.

There’s also a GoFundMe page for members of the Paradise Police Departments. Those whose homes burned in the Camp Fire can gain much-needed relief from donations. They include seven police officers, four dispatchers, two community service officers, two animal control officers, one records clerk, one administrative assistant and the police chief. It was created by the Paradise Police Officers Association, who set up a goal of $200,000.

Sometimes cash donations are more useful than donating supplies to fire victims.
It’s not that all kinds of donations aren’t welcome, but a lack of storage space can become a problem when too many supplies come in following a disaster, according to financial website MarketWatch.

Even Sacramento Mayor Darrell Steinberg publicly announced they wanted donations to the Camp Fire to be limited to cash. He said, “Please don’t send supplies, as the evacuation centers say they have been inundated.”

The Humane Society and the American Red Cross have doubled down on that opinion. What comes in first – and rapidly – are clothing, food and other necessities, but victims need cash. They lack resources to buy what they and their families need.

The Red Cross issued the following statement: “After a disaster hits, the American Red Cross witnesses the incredible generosity of people from across the country who want to help in any way they can with donations of items like clothes, shoes, food and household items, but the reality is, cash donations are best.”

Actress Sandra Bullock donated $100,000 to the Humane Society of Ventura County so the organization could house displaced dogs, cats, donkeys, pigs, horses, chickens, ducks and other pets in the area.

Gift cards are a practical method for contributing to the cause. You can purchase Walmart or Target gift cards, gift cards from gas stations and money for groceries. Some of those companies and stores that are within range for victims of the California wildfires include: Raley’s, Walgreens, Dollar Tree, Big Lots, Rite-Aid, CVS and Food Maxx.

A car donation to fire victims offers much-needed cash funds to those who have lost their homes.

Though it isn’t always the first thing to cross your mind when you see the devastation from wildfires, the thousands of individuals displaced and grieving from the loss of belongings and even family members, you can donate a car to victims of fire.

Donating a car to firefighters and fire victims is possible if you go through a trusted car charity program.

Cars2Charities has created a subcategory for anyone who wishes to donate their vehicle to fire relief or an organization that helps firefighters and/or victims affected by the California Fires. We will send the proceeds to one of our local nonprofits or if you have a specific cause in mind please contact us and we can reach out to them.

You can donate a car to the Salvation Army through Cars2Charities as a means to impact fire victims.

Not only has the non-profit been a trusted charity for more than 100 years, the Salvation Army is directly involved, offering supplies to those who need it. There is an amazing story about how a local warehouse was converted into a store for fire victims to browse clothing and provisions, thanks to the Salvation Army. Survivors of the Camp Fire were able to go to the Koret distribution warehouse, located near the Chico Airport, to “shop” for belongings.

It’s sometimes ironic – that while thousands of individuals have nothing, you may something in excess you no longer need – a car. The high demand in donations for fire victims isn’t easily met, and when you have something sitting in your garage that has value it can be converted into support for the cause.

Getting rid of a car you don’t use seems like a small need by contrast to the toll on California fire victims. The Woolsey Fire destroyed 1,500 structures totaling 97,000 acres. It could even be seen from space, says a CNN report.

That’s why many are grateful for the win-win aspect of solving your problem (disposing of a vehicle) by giving a sizable boost to those in need.

You can offer fire relief even in the aftermath of disaster.

Regardless of the location of the devastation, donations for fire victims are always part of the equation. And it extends beyond the time the blaze is contained.

It’s easy to assume that residents of Malibu don’t need financial support, and they are a tight-knit community to be sure. But there are apartments in Point Dume where renters have been displaced and others, such as struggling actors, who live in backhouses and bungalows.

Not everyone is a multi-millionaire. Some Malibu residents are retirees, often former tradesmen from the entertainment industry, such as Dick Haverick, who bought a trailer 30 years ago and lives in it on a property in Malibu.

Even people who didn’t lose their homes were evacuated and couldn’t return due to downed power lines, etc. The recovery process is slow and painful for everyone. 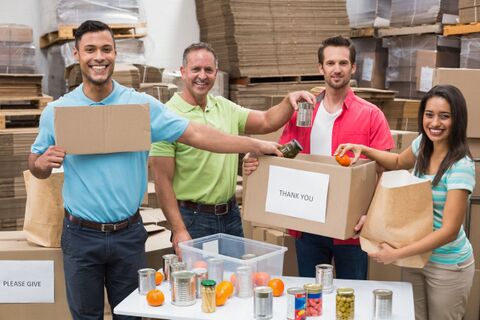 And it wasn’t just Malibu.

The Woolsey Fire started in Simi Valley, California on November 8 during the heavy Santa Ana Winds, then it spread into Malibu and parts of the San Fernando Valley. There were about 1,500 houses and buildings destroyed and damage to hundreds more. Maps show the fire affected two counties because of its spreading.

The Hill Fire scorched approximately 4,500 acres in Ventura County. It was named for the Hill Canyon Trail, which is located in an area of Thousand Oaks called Santa Rosa, and it began on November 8, 2018 around 2 p.m., just before the Woolsey Fire.

Investigators have determined the Hill Fire was caused by human activity and they’re asking anyone with information about the possible cause of the fire to contact Cal Fire's tip line at 800-468-4408. ABC News reported there’s even a reward of $10,000 for information leading to the person responsible for starting the blaze.

So, it seems you can be part of the solution through more than giving resources; you can aid authorities by giving information.

There are lots of choices – you can donate clothes to fire victims, donate your car to charity, or simply write a check. But none of these communities will recover quickly. The beauty of the human spirit notwithstanding, there’s damage to account for – even people missing. There’s still work to do.

Donations for fire victims will still be needed for months, possibly even years. Whether you dip into savings, carve out part of your paycheck or turn the value of your car into cash. There are many who are grateful for your generosity.

More in this category: « Donate Your Unused Miles and Credit Card Points to Charity The Best Donations for Fire Victims and Firefighters »