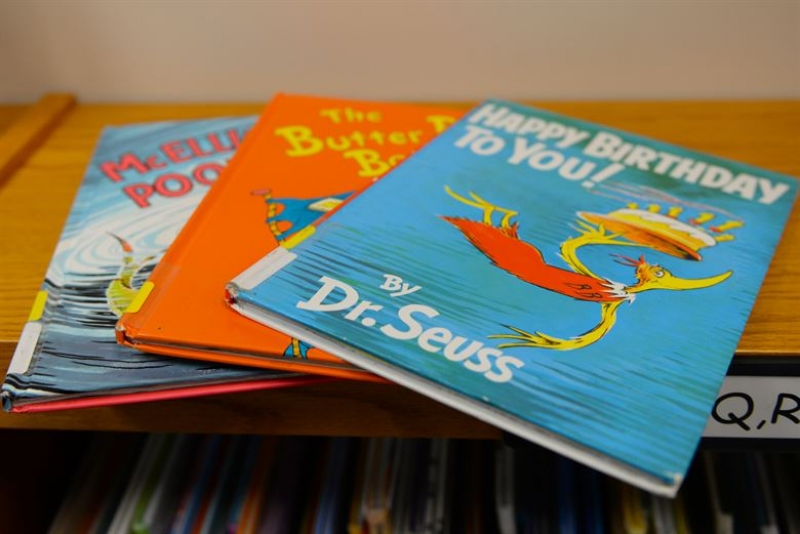 The name Dr. Seuss is synonymous with fun, nonsensical poetry such as “I do not like them, Sam-I-am. I do not like green eggs and ham.”

Everyone is aware of this famous author’s work, and he is celebrated every year in March, the month he was born. Called the “Read with Me” program, one of the most notable aspects is that schools nationwide draw adults from outside academia – parents, teachers, or people in the community – to simply read a Dr. Seuss book inside a classroom.the grave.

Who is Dr. Seuss?

1. Dr. Seuss was not a doctor, but there’s a medical school named for him. Believe it or not, Dr. Seuss did not have a doctorate when he chose his now famous pen name. 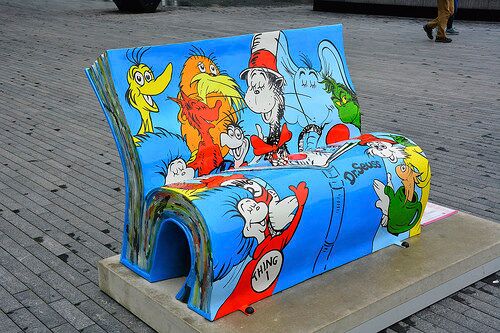 Born March 2, 1904 in Springfield, Massachusetts, the writer graduated from Dartmouth College in Hanover, New Hampshire in 1925, according to the National Education Association, or NEA.

He went overseas to the UK and attended Oxford University to pursue a Ph.D. in literature, but didn’t complete the degree program. Instead, he returned to the United States to begin a career publishing humorous cartoons and articles for several publications, including Vanity Fair, Judge, and Life magazine.
Working for an advertising agency, the young writer and cartoonist created a successful campaign for an insect repellent called Flit. A tagline he wrote became widely known to the public at the time: “Quick, Henry! The Flit.”

Other ad campaigns he worked for between 1927 and the 1940s, says an article in the Business Insider, included NBC, GE, Standard Oil, Ford and Schaefer Beer. Some of his advertising cartoons look similar to the characters he would create later as Dr. Seuss.

One of his ads was a promotion for short films sponsored by the Ford Company. It included a character that looks strikingly similar to the Cat in the Hat. He’s holding a sign that says, “There’s a New ‘feel’ in Ford Movie Selling for ’49” and there are other lines in the cartoon such as “They’re Funny, They’re Fast!”
The images are obvious precursors to later books written by Dr. Seuss.

Another of his vintage ads portrays a character burning in flames who’s addressing Satan – an ad that would never be allowed today. His byline for that creation is “Dr. Theophrastus Seuss.”

Like many men of the time, Geisel enlisted in the Army but ended up in Hollywood, tasked with writing documentaries to give a voice to military messages. His cartoon, Gerald McBoing-Boing, earned the artist an Oscar. 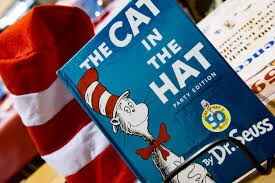 It was Life magazine that was responsible for one of Dr. Seuss’ best known children’s books. His publisher read an article in May 1954 about the problem of illiteracy among American children, stating that kids thought books were boring. The publisher came up with 400 words that he felt children needed to learn and sent them to Geisel. He told the writer to cut the list to 250 (he ended up using 225) and what resulted was “The Cat in the Hat” by Dr. Seuss.

He was not a medical doctor, of course, but Dartmouth honored the writer and his second wife when officials named the university’s med school the Audrey and Theodore Geisel School of Medicine in 2012. Dartmouth had awarded Theodore Geisel an honorary doctorate in 1956 and he received one from Princeton University as well, in 1985.

2. Alcohol played a part in Geisel’s decision to change his pen name to Seuss.

It’s somewhat ironic that Theodor Geisel was born into a family of brewers (who changed course when Prohibition went into effect), because it was alcohol that would later incite another big change for him as a writer.

He was born Theodor Seuss Geisel to Theodor Robert and Henrietta Geisel, and his grandparents were German immigrants. His mother’s maiden name was “Seuss,” and it was given to him as a middle name.

As a side note, most of the public pronounces the name “Seuss” wrong. From his German heritage, it is actually pronounced “zoice,” though Americans still pronounce it today in rhyme with “Bruce.”

Called “Ted” by family and friends, Geisel actually got the chance to meet his namesake, former president Theodore “Teddy” Roosevelt. According to History.com, as a young Boy Scout, Geisel was a top seller of war bonds and was invited to stand in a group of 10 Boy Scouts to be awarded medals. Sadly, Geisel stood at the end of the line of boys and President Roosevelt, for some reason, had only nine and ran out of medals when he came upon the young writer. The president asked at that awkward moment, “What’s this little boy doing here?” and the scoutmaster moved young Theodor out of the way.

As a result, Geisel-turned-Seuss would have stage fright for the rest of his life.

As a college student, Geisel was editor of Dartmouth’s humor magazine, the “Jack-O-Lantern,” which was sold by retail news sources in Boston and New York.

The Darmouth website says: “The Jack-O-Lantern usurped the classroom as the space in which he received the most valuable instruction,” writes Donald Pease, Dartmouth professor. “Classmates would find Geisel asleep in the magazine office with his head face-down on the typewriter.”

That role was an important part of his college experience, but other actions put an early end to his editorship. Caught drinking gin in his dorm, the dean made him resign from not just the Jack-O-Lantern; he was unable to participate in any extracurricular activities.

That didn’t stop Theodor Geisel, who continued to write for his college publication – but under the name “Seuss.” And he added the title, using “Dr. Seuss” for the first time as a byline for an article in the magazine Judge.

The country continues celebrating Dr. Seuss for his prolific writing for children.

When an official choice was made to establish a day to celebrate Dr. Seuss, it made sense to ask – when is Dr. Seuss’ birthday?

Every March 2nd we honor his legacy with the Read with Me program. He was born on that date in 1904, but the beginning of his fame was December of 1937.
His first children’s book, “And to Think That I Saw It on Mulberry Street,” which was released in 1937, was rejected by multiple publishers. It was The Great Depression and financial interest was not easy to come by.

Theodor Geisel’s Dartmouth classmates came to his rescue. Marshall “Mike” McClintock, a 1926 graduate, was an editor at Vanguard Press, the company that would agree to print the first Dr. Seuss book. McClintock wrote an ad for it with a memorable tagline, perhaps unknowingly forecasting a bright future: “This is the start of a parade that will take you places!”

The same year, the new author and his wife, Helen Palmer Geisel, found out they could never have children. And, interestingly, he was not alone – in fact, many famous children’s writers had no children of their own, including Lewis Carroll, Edward Lear, Beatrix Potter, Margaret Wise Brown, Crockett Johnson, and Maurice Sendak.

Critics of Dr. Seuss questioned his authority to write for children, considering he was not a parent himself. He responded with, “You make ‘em. I’ll amuse ‘em.”
We don’t know everything about Seuss’ inspiration for his books, but he based two of his characters on himself: The Grinch and the Cat in the Hat.

According to seussville.com, after “How the Grinch Stole Christmas!” appeared in 1957, Seuss explained its origins to Redbook magazine:
“I was brushing my teeth on the morning of the 26th of last December when I noted a very Grinchish countenance in the mirror. It was Seuss! Something had gone wrong with Christmas, I realized, or more likely with me. So, I wrote the story about my sour friend, the Grinch, to see if I could rediscover something about Christmas that obviously I’d lost.” 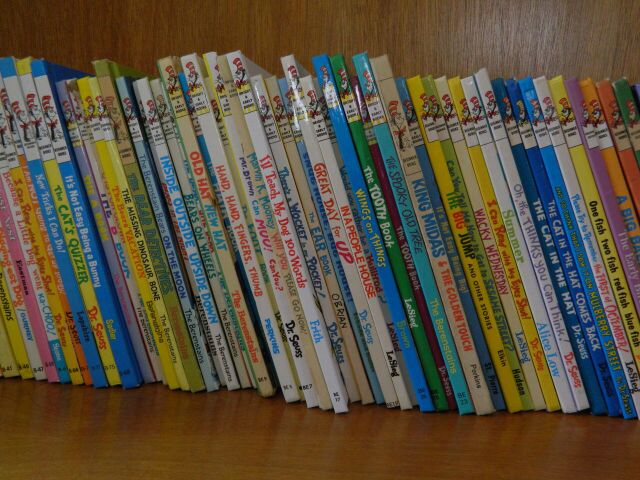 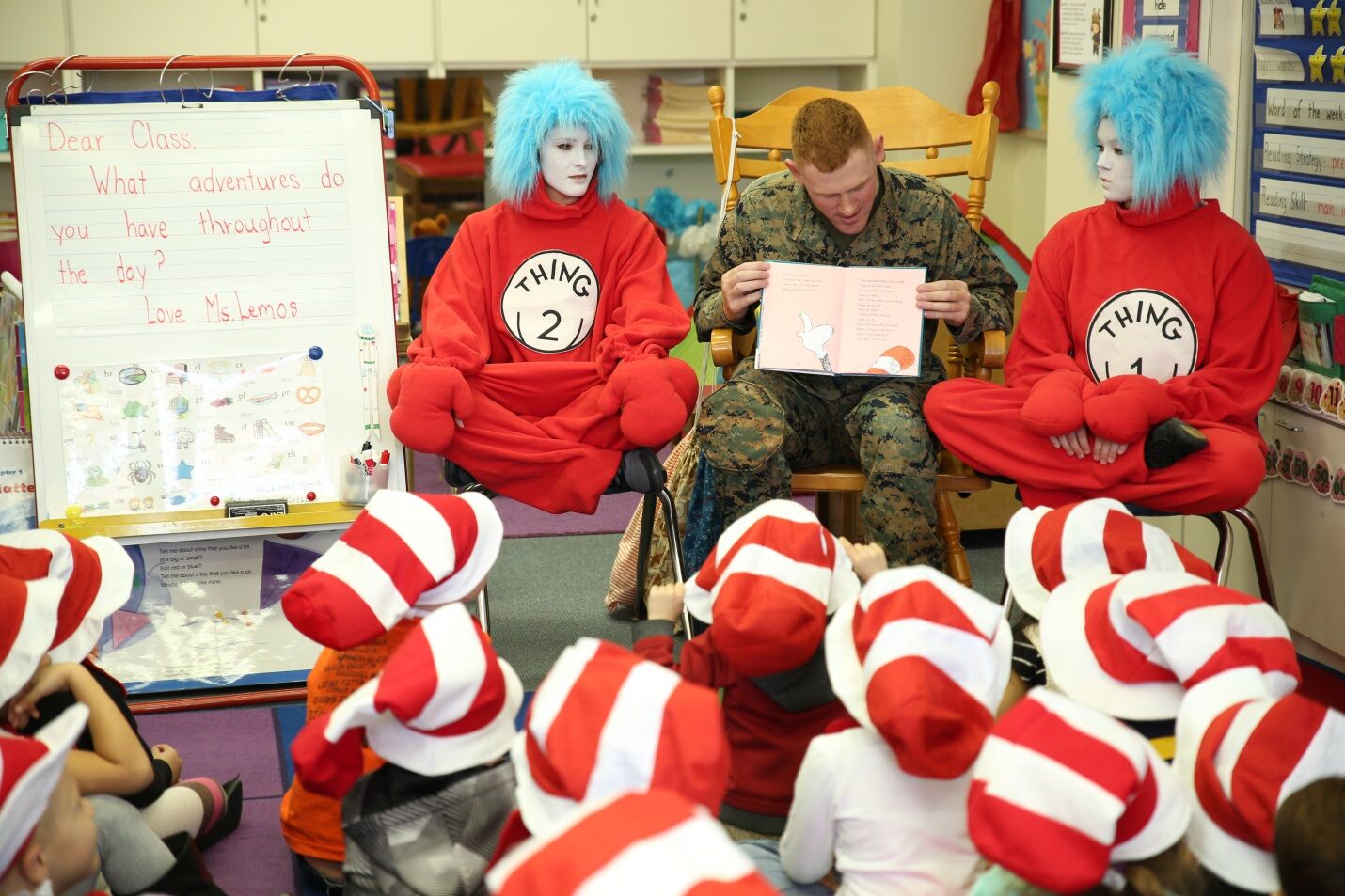 There is a lot we can learn from Dr. Seuss Day by looking closely at the messages in the author's books. Dr. Seuss shaped ideas for many children in an effort to teach some philosophical truths and the Read with Me program gives individuals a chance to bring Geisel's principles to life.

The following are among the lessons communicated in his books.
BE YOURSELF NO MATTER WHAT - Dr. Seuss wrote about this lesson in “Happy Birthday To You.” He wrote, “Today you are you, that is truer than true. There is no one alive who is youer than you.”
THE WORLD IS YOUR OYSTER - In the book “Oh, the Places You’ll Go” he wrote about how the world is at our feet and we just need to walk. He said, “You’re off to great places! Today is your day! Your mountain is waiting, so ... go on your way.”
CHANGE STARTS WITH YOU - In “The Lorax” Dr. Seuss speaks on issues relating to change. He wrote, “Unless someone like you cares a whole awful lot, nothing is going to get better. It’s not.”
TREAT OTHERS HOW YOU WANT TO BE TREATED - In “Horton Hears a Who!” Seuss talks about what many people know as the golden rule. He wrote, “A person’s a person no matter how small!”
DON’T BE AFRAID TO TRY NEW THINGS - In the book “Green Eggs and Ham” Seuss writes about how things that are new may not be the easiest to accept, but you shouldn’t be afraid to try. He wrote, “You do not like them, so you say? Try them! Try them! And you may.”

You can get personally involved in the Read with Me program at your neighborhood school - they'd be happy to have you as one of their visitors. But there are other ways to celebrate Dr. Seuss' birthday.

If you're thinking you'd like to make a change in what you're driving, it gives you an opportunity to benefit a charity for children to honor an author that did so much for the entertainment of youngsters.

Do you want to donate a car to charity and make sure it helps your favorite cause? When you donate a car through Cars2Charities you make your car donation count! We partner with more than 500 different organizations with a multitude of different causes to support. So, whether it’s one org, two orgs, red orgs or blue orgs, there is a worthy nonprofit to receive your generous contribution.

What’s even better is that donating a car to charity is child’s play through Cars2Charities. It’s as easy as doing a dealer trade-in (which is a money-loser, by the way). You simply call 855-520-2100 or donate online and we pick it up! You get to pick the charity to receive proceeds from the sale of your car (which we do for you!).

You can celebrate Dr. Seuss Day by donating to a children’s charity. We currently partner with more than 40 organizations that help children. If you choose to donate to one of those causes you would be helping to contribute to Dr. Seuss’ legacy.

Imagine the verse from a Geisel creation when children get proceeds from your car donation.

Celebrating Dr. Seuss Day doesn’t have to include such crazy attempts to mimic his style, but suffice it to say: If people keep making children, he will continue to amuse them, even beyond

More in this category: « Taxes- the history, the process, the deductions International Women’s Day: Cause for Female Celebration »