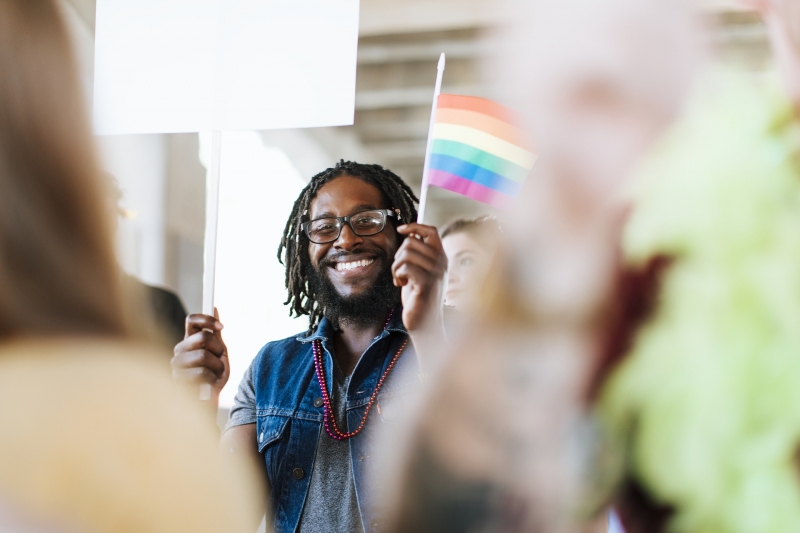 Involvement in Pride Month grows every year, as acceptance of the Lesbian, Gay, Bisexual, Transgender and Queer (LGBTQ) community increases. There have been large gains in legalities, social inclusion and cultural shifts in the last century.

What is Pride Month?

Pride Month is an annual commemoration and for founders determining when is Pride Month going to be, it made sense to establish it in June to commemorate the Stonewall riots in New York City in 1969. The Stonewall Inn, a gay club, was raided by police, and their reputed mistreatment of customers and employees sparked a riot. Residents of the Greenwich Village neighborhood clashed with law enforcement for six days of protests, largely thought to be the start of the Gay Rights Movement.

Cities across the country host Pride Month Parades, workshops, parties, picnics, symposia and concerts which draw millions of participants. It’s also a time to shine a light on the trauma of the HIV/AIDS virus and those whose lives have been lost simply for being a member of the LGBTQ community. 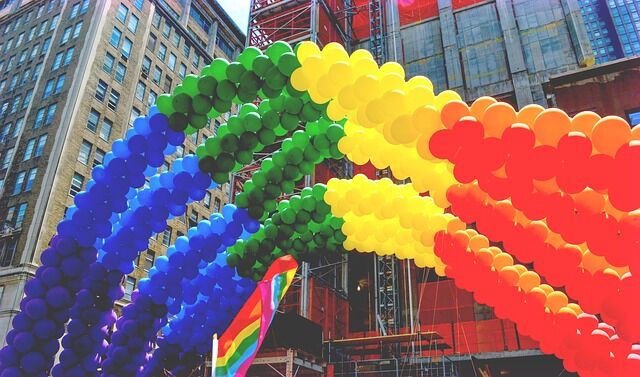 Gay bars have long been a safe haven for members of the movement, says an article on History.com. While members of the LGBTQ community have been excluded from many other venues, or at least discouraged from inclusion, backed up by criminal statutes in the history of the United States. But clubs have been a refuge for people who are openly gay, as a place where they can freely socialize without stigma or bias.

Even in those places where they routinely gather there are times, of course, when they have been or even currently are hassled by police and sometimes State Liquor authorities. It’s the efforts by brave, determined advocates that are celebrated in Pride Month 2019. 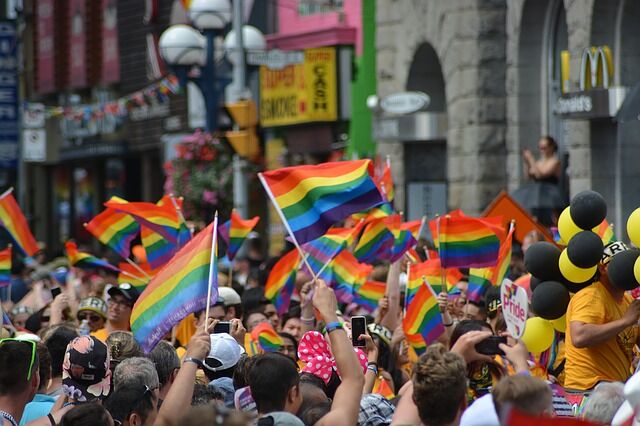 Thanks to the work of early activists, the improving acceptance rate of LGBTQ Americans has mobilized legislation and workplace attitudes. A CNN article has a timeline tracing the gay rights movement back to 1924.

The earliest advocate was Henry Gerber of Chicago, who founded the first documented gay rights organization.

Another activist, Harry Hay, founded the Mattachine Society in 1950, which centered on social support for the LGBTQ community.

In 1952, homosexuality was listed in the American Psychiatric Association’s diagnostic manual. Experts thought it was a condition, categorizing it as a sociopathic personality disturbance.

A few years later, in September 1955, the San Francisco Daughters of Bilitis, or DOB, was formed. It’s the first lesbian rights organization in the country and its social activities were private so they would not be threatened by police action.

The 1960s brought further awareness, and homosexuality was first decriminalized 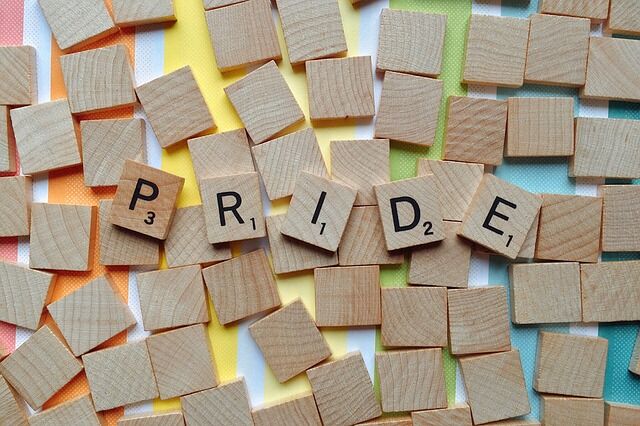 in Illinois in 1961, which meant sodomy laws were removed. The same year, a televised documentary about same sex couples was aired in California, the first of its kind in the United States.

A newspaper was launched in 1967 called “The Los Angeles Advocate,” later renamed “The Advocate,” and is reportedly the oldest continual LGBT publication in the country. It was originally a newsletter out of PRIDE – Personal Rights in Defense and Education.

One year after the Stonewall incident, the first Gay Pride Parade was established when New York City residents marched to recognize the first anniversary of the riots.

The next battleground was over marriage. In 1973 the state of Maryland banned same-sex marriage, the first state to create the statute.

At the end of the year, the American Psychiatric Association removed homosexuality from the diagnostic manual which was previously categorized as a mental disorder.

A federal gay rights bill was introduced in 1975. It would have banned discrimination based on sexual orientation, but it never passed the Judiciary Committee.

In 1924, when German immigrant Henry Gerber, who founded the Society for Human Rights, settled in Chicago, he saw the poor treatment of individuals with different sexual orientation. He was targeted by authorities and committed to a mental institution temporarily in 1917, says Dosomething.org.

"I had always bitterly felt the injustice with which my own American society accused the homosexual of ‘immoral acts,’” Gerber wrote. 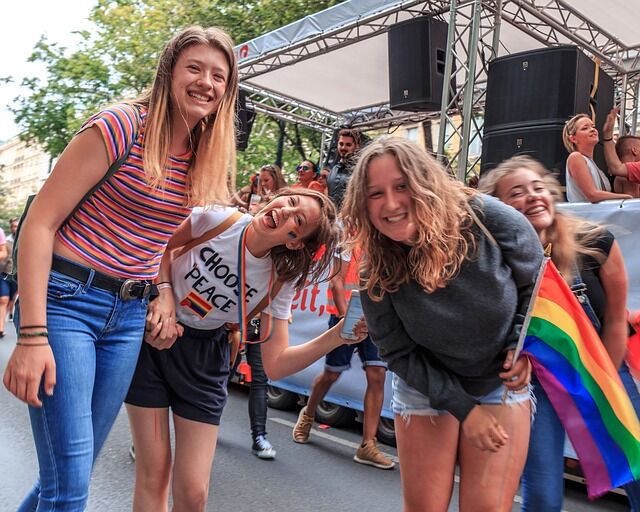 In the 21st century, thanks to activists the gains for the gay community come at a faster pace. In 2007, The Employment Nondiscrimination Act made it illegal to discriminate against employees based on their sexual orientation.

The name Matthew Shepard is now iconic. The University of Wyoming student was attacked and killed by two men who targeted him because he was gay. In 2009, The Matthew Shepard Act outlawed crime towards individuals for reasons of sexual and gender identity

Anyone Can Take Part in Pride Month 2019

Even people who don’t know what to do for Pride Month quickly become aware of it when cities host events, making it possible to engage in activities, even if they never have in the past.

A site called “them.” offers the following tips for first-time Pride-goers.

There’s no dress code. Freedom to be yourself is nearly the entire focus of Pride Month, so you can express yourself in whatever way you desire. Ironically, dressing in shades of the rainbow are probably a better way to fade into the woodwork than something simple.

In searching for the nearest parade, there are sites to go to such as GayPrideCalendar.com. You’ll see other Pride Month events posted as well. You can also contact an LGBTQ rights office in your town.

You don’t have to be gay to celebrate Pride Month, Week or Day. Some individuals use the opportunity to “come out,” and others are straight, but just want to support the community. Everyone’s welcome and your sexual preference isn’t an issue. You may keep it discreet. 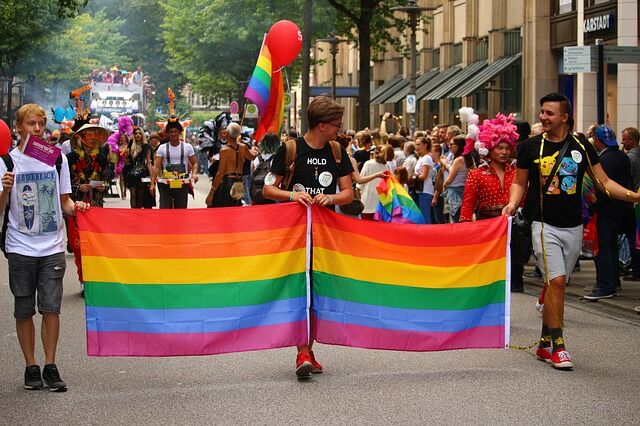 Cities all over the world can make your Pride Month experience special, and none is more iconic, perhaps, than West Hollywood. If you don’t live in the Los Angeles area, it may be a good time to visit this prominently gay community. The Human Rights Campaign provides a website where you can find events in your state.

Sometimes referred to as “WeHo,” it is the home of iconic entertainment such as the legendary Whiskey a Go Go on Sunset Strip. Santa Monica Boulevard has a number of gay bars, dance clubs and shops and WeHo is famous for some of the city’s most buzzworthy restaurants.

There is a two-day festival planned this year during Gay Pride Week 2019 which opens following the Pride Month Parade. The Human Rights Campaign (HRC) is providing volunteers for the event, which is held on Saturday, June 8 and Sunday, June 9, 2019. The Pride Week Parade begins at 11 a.m. Saturday and the festival follows at 12 noon.

The HRC website describes the role of a volunteer: “Volunteering at Pride means talking to the general public about HRC's work, our resources and the importance of engaging in the LGBTQ civil rights movement. It also means asking for donations in order to sign people up as members.”

Perhaps the most widely-known Pride Month celebration is the San Francisco Pride Lesbian, Gay, Bisexual, Transgender Parade & Celebration, which will be held on June 29-30. With the tagline “Generations of Resistance,” the Bay Area festival is always colorful and sends strong messages to the rest of the world.

Some of the attractions at this year’s Gay Pride Festival are:

If you have an amusement park in your community, check with their Pride Month 2019 schedule. They want you there and some of them create an LGBTQ-supportive atmosphere by decorating to celebrate Pride Month.

LGBTQ Pride Month is a good time to visit museums and memorials with the history of human rights. One of San Francisco’s notable institutions is the GLBT Historical Society Museum in the Castro District. It’s the first stand-alone museum of gay, lesbian, bisexual and transgender history and culture in the U.S. It has dynamic exhibits and it typically showcases diversity and social justice.

If you’ve been looking for an opportunity to support a nonprofit that benefits the gay community, you only need one thing: a car you no longer want. It’s everyone’s experience at some point – when it’s time to replace your vehicle you have to decide how to kick your car to the curb. 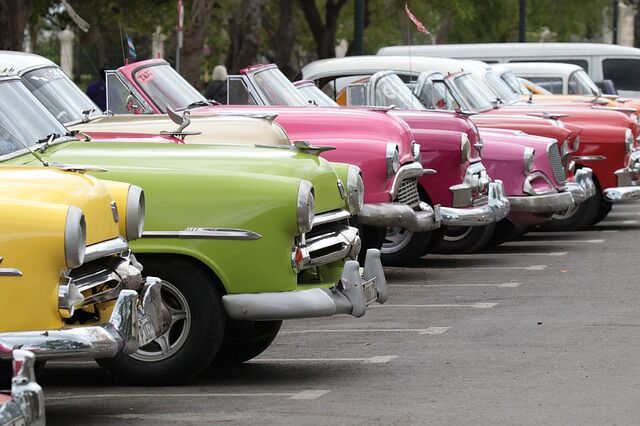 If you’ve always done a dealer trade-in or CarMax, you’ve lost value on your car (which you probably knew, but it didn’t matter because it was easy). Here’s your chance to do a little celebrating when you donate a car to an LGBTQ charity.

You get to decide which nonprofit gets proceeds from the sale of your car. It can be any 501(c)(3). At Cars2Charities we’ve processed car donations to gay charities in the past, so we can help you if you don’t have one in mind.

You can donate a car to the Alliance for Children Everywhere, which helps children in crisis, including those orphaned by AIDS. Its Nutrition & Nurture Program provides physical needs such as milk for infants and unbridled support for families.

Another nonprofit we’ve worked with is the Rafiki Coalition for Health and Wellness that works to offset the inequalities that exist for the underserved in San Francisco. Communities needing HIV/AIDS services, particularly the African American community, are among the sectors receiving the most attention from the charity.

Or you can donate a car to the Los Angeles LGBT Center through Cars2Charities. Citing its contribution with “50 Years of Queer,” the LAGBT Center assists individuals with everything from social services and housing to health services and education.

The move toward inclusion is worth celebrating. This year you may want to take part in your first Pride Month celebration, and there’s a growing number of opportunities.

More in this category: « Out with the New: Car Auction Advantages Father's Day: When Old Guys Rule »