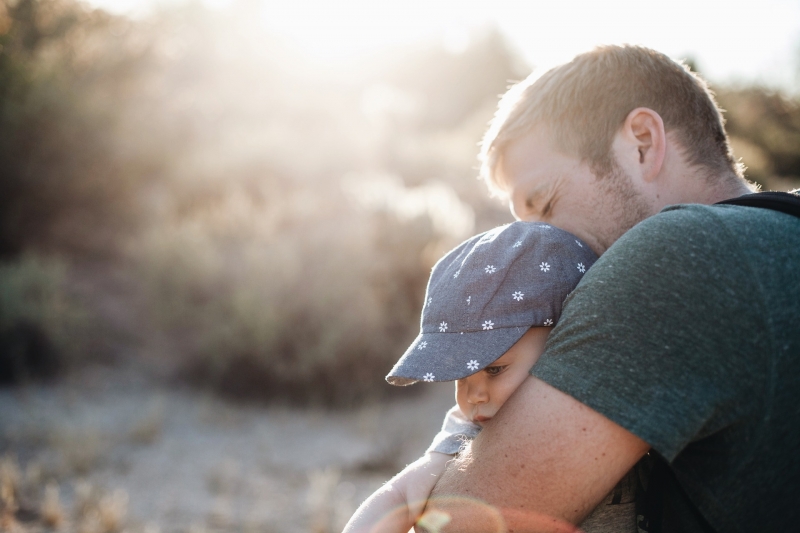 It used to be neckties, while today it's more likely to be golf gear. Father’s Day presents can be cliché in any culture depending on the man-gift of the hour. But the truth is it’s a holiday with a 100-year history in the United States, and when it comes to what to do for Father’s Day 2019, there are a lot of features beyond gifting – especially in places outside of America.

Like Mother’s Day, the celebration for dads has a commercial element that began in the early 20th century. 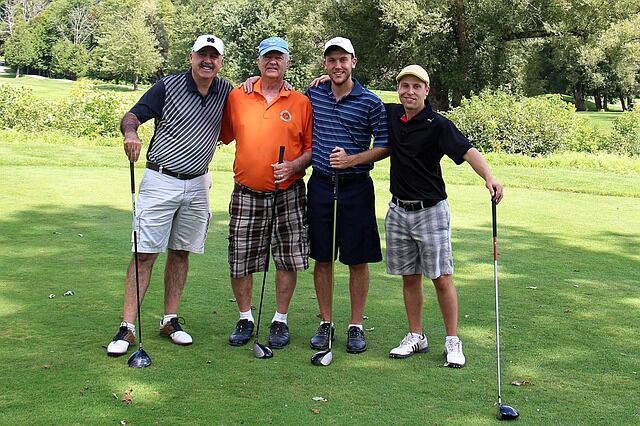 When a Philadelphia department store launched a special service to mothers, including the sale of feminine clothing and accessories with moms in mind, other retailers followed suit. By 1909, there were 45 states celebrating Mother’s Day, which President Wilson made official in 1914 – designated to be the second Sunday of May.

There would probably not be a Father’s Day if it weren’t for Mother’s Day, which was its inspiration. Mother’s Day was an outcropping of post-Civil War activism, when individuals like Ann Reeves Jarvis established “Mother’s Work Days” to bring together women from the Union and the Confederacy.

Mother’s Day was tied to commerce – the first to target sales to moms was the John Wanamaker department store – and it was fueled by financial success. But there were some who felt that fathers did not have the same sentimental appeal that mothers have; and therefore, it wouldn’t be as financially successful. For that reason the campaign for a Father’s Day celebration wasn’t as enthusiastic. 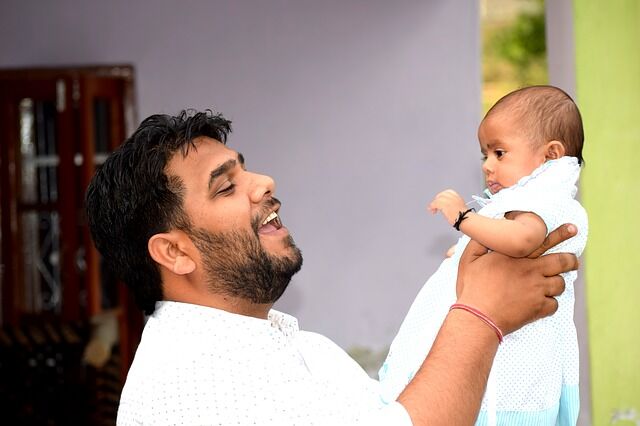 According to the History Channel website, as early as 1908 there were special occasions honoring fathers being held in various locations. A group of church members in West Virginia commemorated some of their own fathers, as 362 men had died in an explosion at the Fairmont Coal Company mines in Monongah. One Sunday, they were memorialized by parishioners in a service where he delivered a sermon in their honor. Soon thereafter, Sonora Smart Dodd, one of six children in a family where her father was raising them alone, had an idea. She visited churches, shopkeepers, the YMCA – even government officials – to support a plan to establish an equivalent of Mother’s Day, but for fathers.

Her efforts paid off. The state of Washington held its first Father’s Day on June 19, 1910. It did not become a federal holiday, however, for more than 60 years.

People continued advocating to establish a holiday equivalent to Mother's Day, one that recognized fathers, and in 1924 President Coolidge encouraged state officials to recognize that request. It wasn’t until 1972 that Father’s Day actually became a national holiday.

One phenomenon found by early Father’s Day advocates was that mothers were far more universally embraced and appreciated, as were efforts to recognize them. It incited controversy about establishing Father’s Day.

One historian said that they “scoffed at the holiday’s sentimental attempts to domesticate manliness with flowers and gift-giving, or they derided the proliferation of such holidays as a commercial gimmick to sell more products – often paid for by the father himself.”

Still, advocacy ramped up. In the 1920s and ‘30s, groups in New York rallied to bring awareness to “Parent’s Day,” which would combine Mother’s and Father’s Day, honoring both parents in one day’s celebration.

WWII became a part of efforts to recognize the outstanding contributions of dads. In the 1940s, commercial retailers used Father’s Day to support the troops and the war effort, which the public got behind, though it wasn’t an official federal holiday.

Father’s Day Around the World

Honoring parents is not just an American idea. The website TimeandDate.com describes what is Father’s Day in the practices of worldwide cultures. 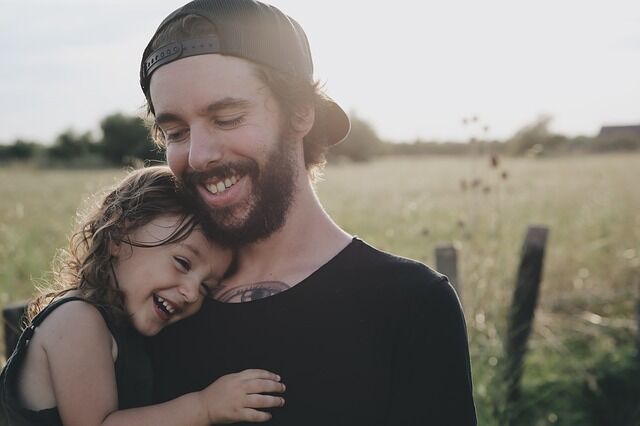 Father figures are recognized and celebrated, though not on the same dates; but many resemble America in holding the tradition of the third Sunday in June, such as the United Kingdom and Canada. Australia and New Zealand, however, celebrate dads on the first Sunday in September.

Though determining when is Father’s Day differs, there are many similarities in the intent and practice of honoring male parenting. Visits, phone calls, greeting cards and gifts are a part of recognizing dads in many cultures. Some traditions differ from family to family. And as it’s a modern holiday, there are many forms of dads recognized today:
• Fathers
• Stepfathers
• Grandfathers
• Great-grandfathers
• Guardians

An article in Personal Creations describes various countries and how they celebrate Father’s Day around the world.

In Canada people wear roses to show their appreciation and they hold family reunions, contributing donations in the name of their male role models.

India now has a celebration that resembles an American Father’s Day – just smaller scale. Urban centers and large towns in India create more awareness of Father’s Day, as there are more citizens of western countries residing there.

South African Father’s Day celebrations are infused with social messaging. The cultures there stress the importance of fathers taking the role of nurturing very seriously, believing it contributes to a stronger society. They hold parties and other social gatherings to celebrate the father’s role in raising children.

German families celebrate “Vatrtag” by participating in activities such as hiking, biking and drinking. The mother typically stays home with the children so the men can celebrate together.

Children in Japan give their fathers handmade beer glasses and flowers, and a seafood dinner is served on Father’s Day.

“Dia del Padre” is what it’s called in Mexico. Like other North American countries, families gather for food and typically bring gifts to father figures present.

In Thailand, Father’s Day became a federal holiday because it was also former King Bhumibol Adulyadej’s birthday – December 5. They believe the king is the father of their nation and now that the birthdate of King Bhumibol’s successor, King Maha Vajiralongkorn, is July 28, there are two holidays: Father’s Day and the King of Thailand’s Birthday. People wear yellow on Father’s Day and one of their traditions involves gifting dads with canna flowers.

It’s the first thing family members ask themselves: What do I get Dad?

When people rack their brains, they often come up with items related to fishing, hunting, grilling, golf or wine. 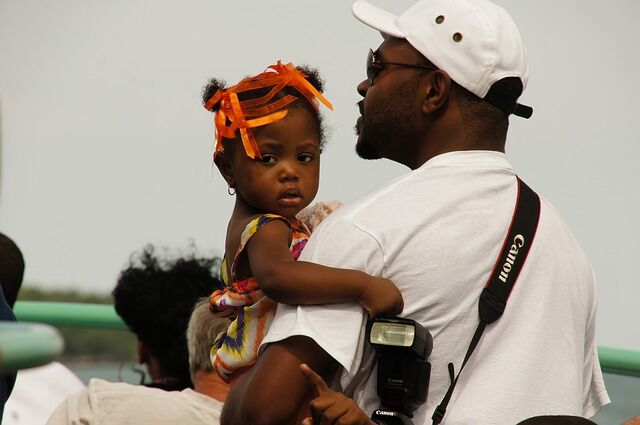 Of course, it depends on the man, but here are a few other ideas if you’re trying to figure out what to do for Father’s Day gifting:

Tools and Products for the House: Nobody does it better than a hardware store, and the Home Depot site has more options than you can imagine for a dad who loves to putter around the house or in the yard. Some options are:
• Lawnmower
• String Trimmer
• Barbecue
• Pressure Washer
• Miter Saw

Personalized Gifts: He’ll know it’s just for him if it has his name, initials or other customized feature on it. Good Housekeeping has some Father’s Day gift ideas that are personal than usual.

A company called Paprikaa Paperie creates personalized beer bottle labels you can order online. Or you can order an article of clothing, such as socks, with your dad’s photo on them. An Etsy store known as OurLoveWasBorn will frame a print of the night sky on specific dates. You can order the date you were born or another significant anniversary.

Maps are also a popular choice these days, which can be placed on coasters, cutting boards or many other media. You can choose the image of your hometown, your state or neighborhood.

Dinner for Fathers: Another Good Housekeeping idea is a trip to a favorite chain restaurant, which often have the best deals for dads. An article in the magazine suggests the following, among others, that have Father’s Day pricing:

For the father who has everything, you can bring a smile to his face by honoring him with a donation to a nonprofit in his name. If you have the kind of dad who loves the beauty of generosity, or one who has a private passion for those who are underserved, this is a big opportunity. 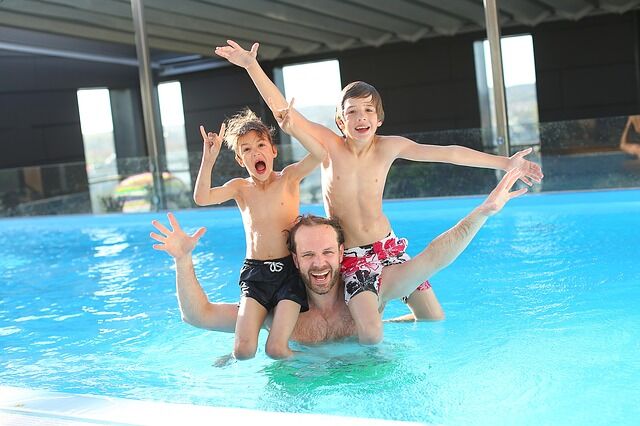 When money is an issue for you, donating a car to charity is an easy way to contribute a good chunk of support without pulling out your checkbook. When you donate a car to charity through Cars2Charities you can choose whichever 501(c)(3) you want – or even better – please Dad by supporting one of his favorite causes.

Is he a veteran? You can donate a car to a veterans group. You may be a supporter of Wounded Warriors, or you can ask the car donation company for a suggestion. Cars2Charities has worked with several, including Heroes in the Rough.

Is your father a retired firefighter? There are many charities that support victims and those who fight fires.

If your dad has a special place in his heart for children with serious illnesses, you may consider a car donation to children, such as Rady Children’s Hospital or another medical charity with a nonprofit foundation.

Many people want to benefit those who are homeless or are underprivileged. Of course, any nonprofit that relates to those issues can be processed through Cars2Charities. The Los Angeles Mission is a Southern California choice, but Habitat for Humanity serves individuals worldwide.

Everyone’s dad is different, so the way we choose to celebrate him comes in a range of traditions and practices. Which ever way your culture enjoys a Father’s Day celebration, you can customize it to please the number one man in your life.